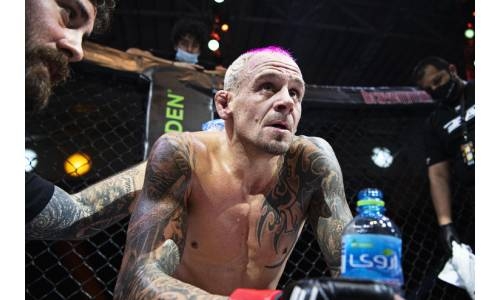 Sean “Shorty Rock” Santella has had his arm raised in triumph in every mixed martial arts organization that he went to—except in BRAVE Combat Federation.

The Ricardo Almeida Jiu-Jitsu representative suffered a unanimous decision loss at the hands of Russian phenom Velimurad Alkhasov in his August 2018 promotional debut.

A victory under the BRAVE CF umbrella remained elusive for Santella when he battled compatriot Jose “Shorty” Torres to an anticlimactic majority draw at BRAVE CF 42 in September 2020.

Both men were supposed to run it back at BRAVE CF 49: Super Fights last March, but Santella needed to pull out of the bout due to an injury he sustained in a hunting trip.

The 36-year-old from Budd Lake, New Jersey has the opportunity to break into the Bahrain-based outfit’s winner circle as he is slated to face Rizvan Abuev at BRAVE CF 55, which takes place in Rostov-On-Don, Russia on November 6 in association with Pro FC.

A win over Abuev will help Santella’s case in the stacked 125-pound weight class, especially that the BRAVE CF Flyweight World Title Tournament is near its grand finale.

Santella is competing with the likes of Dustin Ortiz, Zach Makovsky, Muhammad Mokaev, Asu Almabaev, Azat Maksum, Blaine O’Driscoll, and Abdul Hussein for an opportunity to face the winner of the Flyweight tournament.

Ali “The King Puncher” Bagautinov is pencilled to take on Torres in the last semi-final matchup in the main event of BRAVE CF 55—with the victor moving on to battle Alkhasov in the championship round.

BRAVE CF 55 will be broadcast live and free from Rostov-On-Don, Russia on BRAVE CF TV (bravecftv.com) on November 6th at 4 PM (GMT+3).