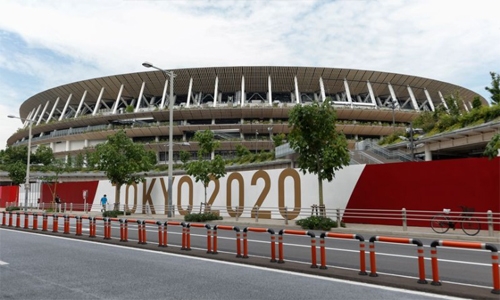 Japanese businesses have echoed the reservations of the population, with a majority of them opposing the upcoming staging of the Tokyo Olympics amid the coronavirus pandemic.

Kyodo news agency said on Saturday that 64 per cent of the 9,163 businesses polled by the Tokyo Shoko Research between June 1 and 9 are in favour of cancellation or another postponement, dpa said.

Kyodo said that was a rise of 8.1 per cent compared to a previous poll in February. Only 35.9 per cent supported the staging of the Games as planned July 23-August 8, down from 43.8 per cent.

The main reservations cited were fear of rising infection numbers and a slow start into vaccination in Japan.

The majority of the Japanese population also opposes the holding of the Games, according to various polls over the last months.

But local organizers, the Japanese government and the International Olympic Committee are determined to stage the Games, amid a strict hygiene concept and with some 80 per cent of the athletes to be vaccinated ahead of the Games.

A meeting Monday between the key stakeholders will decide whether fans living in Japan will be admitted to the venues. Foreign fans are not allowed in.