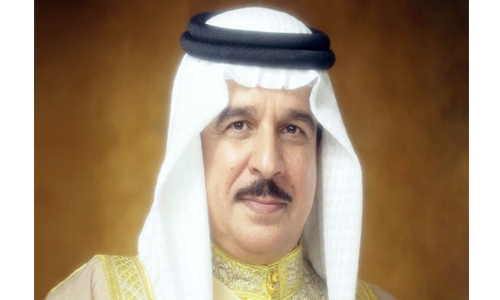 HM the King praised Bahrain’s honourable achievements in various sports and its success in organising many continental and international championships.

He stressed the kingdom’s distinguished and pioneering status on the world map as a hub for martial sports.

He lauded the tireless efforts of HH Shaikh Khalid bin Hamad Al Khalifa in supporting the MMA sport and launching initiatives to develop it.

HM the King also hailed the efforts of BRAVE Combat Federation in promoting martial sports and its continuous cooperation with Bahrain Martial Arts Council and Bahrain MMA Federation to organize championships and support the MMA sport which enjoys international popularity.

HM the King stressed that the establishment of the General Sports Authority aims to boost the sport movement in the Kingdom of Bahrain and pave the way for further achievements.

He extended sincere thanks and gratitude to HM the King for the meeting on the occasion of BRAVE Combat Federation’s success to organize 50 editions of the BRAVE MMA Championship.

Putin Sees "A Lot Of Issues" At First Summit With Biden