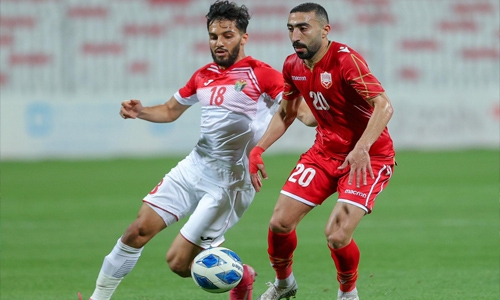 Bahrain’s senior men’s national football team have dropped two places on the latest edition of the FIFA World Ranking, which was released yesterday by the sport’s governing body.

The Bahrainis are now in 99th position overall in the world with 1,238.89 total points, marginally up from their previous total of 1,238. Despite this, the nationals dropped from their last rank of 97th from the previous global classification, issued in mid-February.

Amongst teams in the Asian Football Confederation (AFC), Bahrain is 17th. Japan is the highest-ranked squad in the continent at 28th in the world with 1,509.34 points, followed by Iran at 31st with 1,499.52 points.

The FIFA World Ranking is a ranking system for men’s national teams in association football. The teams of FIFA men’s member nations are classified based on their game results, with the most successful teams being ranked highest.