'We will play to win’: Vincent | THE DAILY TRIBUNE | KINGDOM OF BAHRAIN 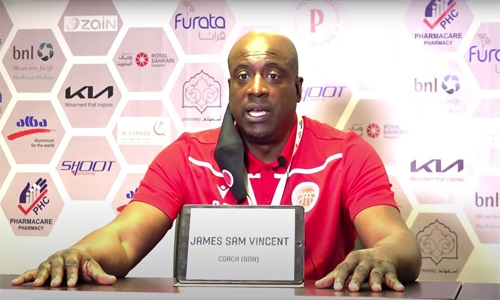 Bahrain will be playing to win tonight when they face Iraq in their final assignment of the FIBA Asia Cup 2021 qualifiers.

The game will have no bearing on the teams’ qualification bids as the Bahrainis have already booked their tickets to the continental showcase, which takes place later this year in Indonesia, while the Iraqis are already out of the running.

Today’s contest is scheduled for an 8 pm tip-off at the Khalifa Sports City Arena in Isa Town and it will wrap up action in qualification Group D.

National team head coach and 1986 NBA champion Sam Vincent says that his team will not be taking the game lightly and adds that it will be an important opportunity for the Bahrainis to continue building their chemistry, as they look ahead to playing in this year’s FIBA Asia Cup.

“We’re going to come out and play hard; it’s important to try and play well every time you step on the floor,” said Vincent during his post-match Press conference on Saturday following Bahrain’s loss to Lebanon. “Against Iraq, we’ll come out and we’ll play to win,” he continued. “We’ll continue to look at different guys and different match-ups so that we can really figure out going into August what’s going to be our strongest rotations and who can really help us have a chance to win in the FIBA Asia Cup.”