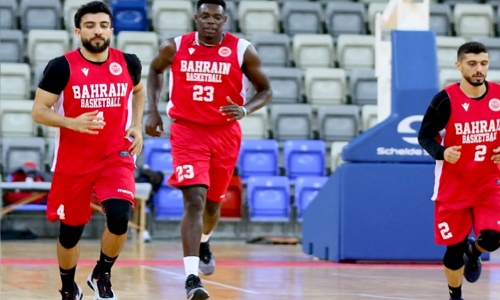 The stage is set for Bahrain’s hosting of Groups D and F in the third and final window of qualifiers for the FIBA Asia Cup 2021, starting tomorrow.

Bahrain Basketball Association secretary-general Ahmed Yousuf confirmed yesterday that all preparations have been completed at the Khalifa Sports City Arena in Isa Town, which is the game venue.

He added that all the participating national teams will have arrived in the Kingdom by today, along with officials from FIBA, international basketball’s governing body.

Group D features Lebanon, Iraq, India and hosts Bahrain, while Group F includes Palestine, Kazakhstan, Sri Lanka and Jordan, although the Jordanians will no longer be playing in this window following positive COVID-19 tests amongst several players and delegation members.

Yousuf praised the efforts of all those involved in the organising committee as well as those in government institutions for their assistance in putting together all the necessary requirements to host the qualifiers.

Today, the official team photoshoots will begin with the BBA’s FIBA-accredited photographer. Meanwhile, the participating national teams have continued to train at the Khalifa Sports City arena as well as at Zain Basketball Arena in Um Al Hassam ahead of the start of play.

The decision of FIBA to postpone the qualifiers of Jordan in this window has reduced the number of games over the next five days to just eight. All are to be held behind closed doors.

The Jordanians were scheduled to take to the hardwood four times, first against Palestine tomorrow, then against Sri Lanka on Friday, then facing Kazakhstan on Sunday, and finally against Palestine once more on Monday.

“The status of those games will be decided at a later stage,” FIBA said in a statement on its website.

“FIBA will continue to monitor the COVID-19 situation and communicate any further updates regarding its competitions if necessary,” it added. Bahrain are set to play twice, first against Group D leaders Lebanon on Saturday and then against Iraq on Monday. The nationals have continued to gear up for the qualifiers locally under the supervision of national team head coach and 1986 NBA champion Sam Vincent. There are currently 14 players on the training squad, including Mohammed Qurban, Maitham Jameel and Hesham Sarhan from defending Bahrain league champions Al Ahli; Mohammed Hussain, Ahmed Salman, Mohammed Ameer, Hasan Nowrooz and Ahmed Najaf from Manama; Mohammed Juma’a, Mohammed Buallay and Mohammed Kuwayed from Muharraq; Abdulrahman Ghali from Al Hala; and Ali Jaber and CJ Giles from Al Najma. The hosts are currently second in Group D with a 3-1 winloss record, but have already secured their berths in the FIBA Asia Cup 2021, along with Group D leaders Lebanon who have a 4-0 mark. India have one win in four games while Iraq are bottom of the table with four losses. Jordan are atop Group F with two wins from as many outings, followed by Kazakhstan and Palestine, who have identical 1-1 win-loss records, and Sri Lanka, who are still winless with two losses.

Millions in US without power after winter storm slams country