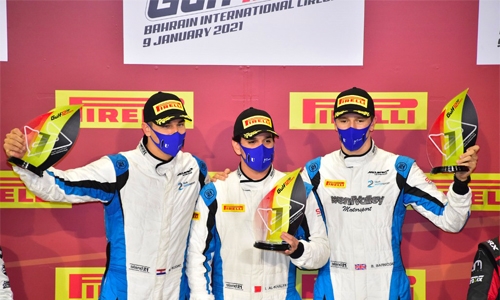 Bahraini racing team 2 Seas Motorsport, featuring His Highness Shaikh Isa bin Abdulla Al Khalifa as one of its competing drivers, emerged victorious in first-ever Gulf 12 Hours Bahrain, held over the weekend at Bahrain International Circuit (BIC) in Sakhir.2 Seas’ no. 33 McLaren 720S GT3 car, in which HH Shaikh Isa shared race duties with Briton Ben Barnicoat and Croatian Martin Kodric, stormed to the hard-earned win after completing 341 laps by the end of the hotly contested endurance event, which attracted drivers and teams from across the globe.

It was a spectacular result for the team who enjoyed a stellar performance throughout the three-day meeting. They also topped the timesheets twice in the three Practice sessions before capturing pole position with their no. 33 car while locking up the front row for the race. 2 Seas’ other entrant in the Gulf 12 Hours Bahrain, with the trio of Edward Jones, Lewis Williamson and Dylan Pereira taking turns behind the wheel of the no. 7 McLaren 720S GT3, had a solid start but were forced to retire due to engine issues after just 26 laps.

Meanwhile, also taking place in Sakhir over the weekend was the fourth round of the 2020/2021 BIC 2,000cc Challenge, with Raed Raffii in a Honda S2000 and Raed Himmo in a Honda Civic each coming away with a race win.

Action in the Gulf 12 Hours Bahrain was held around the 5.412-kilometre Grand Prix circuit, while the BIC 2,000cc Challenge took place along BIC’s 2.554-kilometre Inner Track.

They had completed 169 laps at the midway point, but the rest of the field remained hot on their trail. Following the exit of the team’s no. 7 car, the race leaders needed a strong finish over the final six hours, and they delivered just that.

They powered to the chequered flag with 341 laps completed while also setting the race’s fastest lap of two minutes 00.882 seconds.

The victors finished one lap ahead of overall runners-up Dinamic Motorsport competing in the no. 67 Porsche 911 GT3 R, while Ram Racing was third two laps behind in their no. 3 Mercedes AMG GT3. Monster VR46 Kessel featuring seven-time MotoGP World Champion Valentino Rossi came fourth in their no. 46 Ferrari 488 GT3, while completing the top six were Team Parker Racing (no. 31 Bentley Continental GT3) and Kessel Racing (no. 27 Ferrari 488 GT3).

Aside from their overall win, 2 Seas’ no. 33 cars were also first among the race’s GT3 Pro participants. The other winners in the other categories were the no. 67 car of Dinamic Motorsport in the GT3 Pro-Am class, the no. 27 Kessel Racing in the GT3 Gentlemen class, and the no. 90 Scuderia Villorba Corse in the GT4 class. 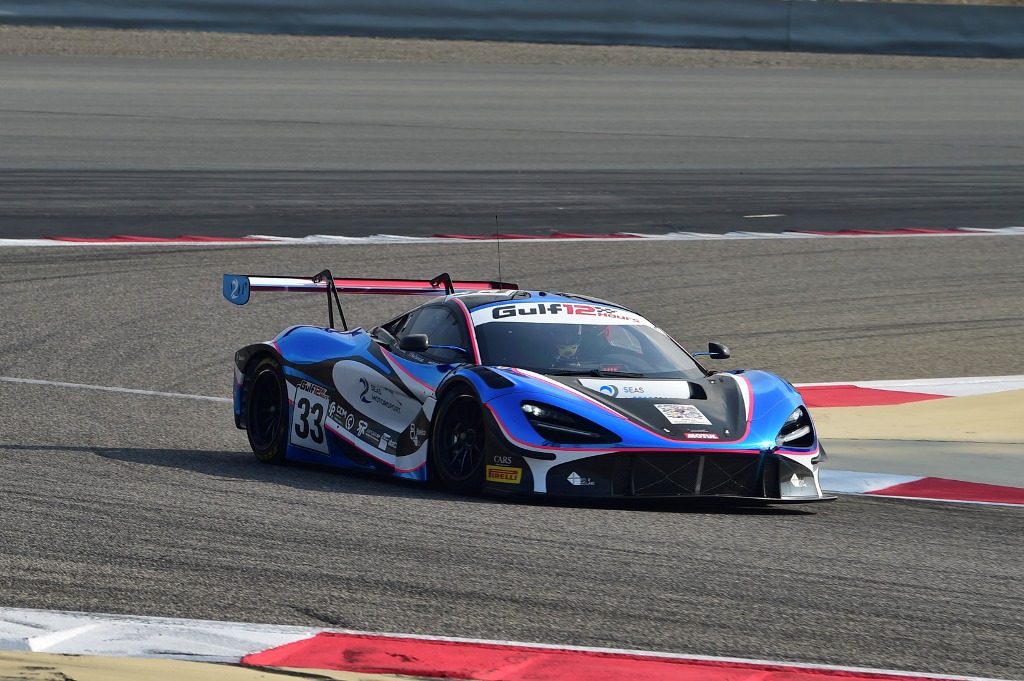 In the 2,000cc Challenge, Majed Himmo driving a Honda Civic topped both the Practice and Qualifying sessions, but it was Raffii who was able to get a good start in the first race and take the lead in the opening lap.

He held on to the advantage from there and won in a total race time of 15 minutes 53.655 seconds after 12 laps. Majed Himmo had to settle for second place 5.741 seconds behind, while Ali Al Mansoori (Honda Civic) came third overall 6.088s back.

Raffii missed out on a double as he followed 3.204s behind, while Al Mansoori claimed his second podium of the round in third place 16.204s back. Al Mansoori was also the Novice class winner. Martyna Al Qassab, Buelow, Ramzi Al Qassab and Majed Himmo rounded out the second race’s classification.

The BIC 2,000cc Challenge returns for another round of racing on January 15. 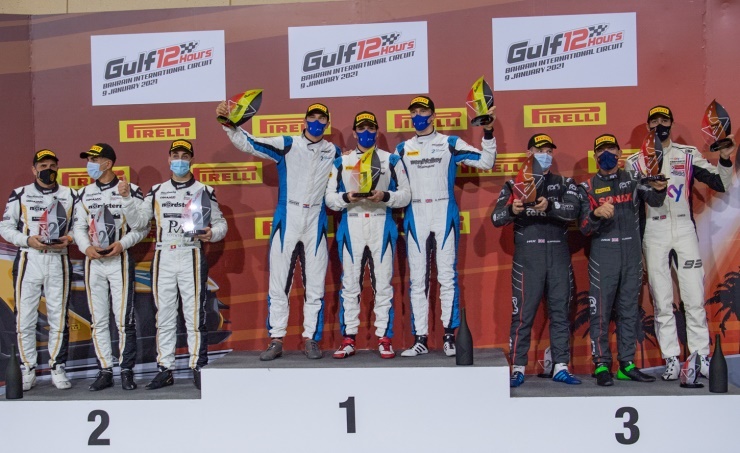 “Their victory reflects the professionalism and dedication of every team member and further demonstrates Bahrain’s continued growing influence on the world stage in motorsport. “We at BIC were extremely delighted to have the chance to host the Gulf 12 Hours for the first time.

Races of such quality can only contribute to the continued growth and interest in motorsport across the region, supported by this home-grown success.”