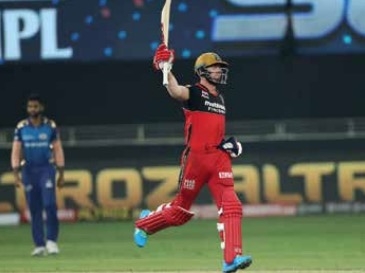 Earlier, chasing a target of 202 runs, Mumbai Indians witnessed a very poor start as Rohit Sharma was dismissed in the second over of the innings. In the next over, Suryakumar Yadav was sent back to the pavilion by Isuru Udana. The fall of wickets did not stop as Quinton de Kock was removed by Yuzvendra Chahal in the seventh over, reducing Mumbai Indians to 39/3.

Ishan Kishan and Hardik Pandya then took the responsibility of the chase. However, the partnership did not last for a long time as Pandya got out after scoring 15 runs. Kieron Pollard was the next and provided Mumbai Indians with some momentum, along with Kishan. Kishan completed his half-century as he took the team over the 100-run mark.

After the completion of 16 overs, Mumbai Indians were playing at 122/4 and needed 80 runs from the remaining 24 balls. Adam Zampa bowled the 17th over and Pollard scored 27 runs in the over which included three sixes and a boundary. Pollard continued his hitting in the next over as he completed his half-century in just 20 balls.

Navdeep Saini bowled the 19th over and gave away 12 runs in the over. The last over was bowled by Udana and Kishan smashed two sixes before getting out on 99 runs. Mumbai Indians needed five runs off the last ball and Pollard hit a boundary which dragged the match into the Super Over. After being asked to bat first, RCB got off to a brilliant start. Aaron Finch and Devdutt Padikkal both struck regular boundaries to Mumbai Indians bowlers and took the team over the 50-run mark in the sixth over.