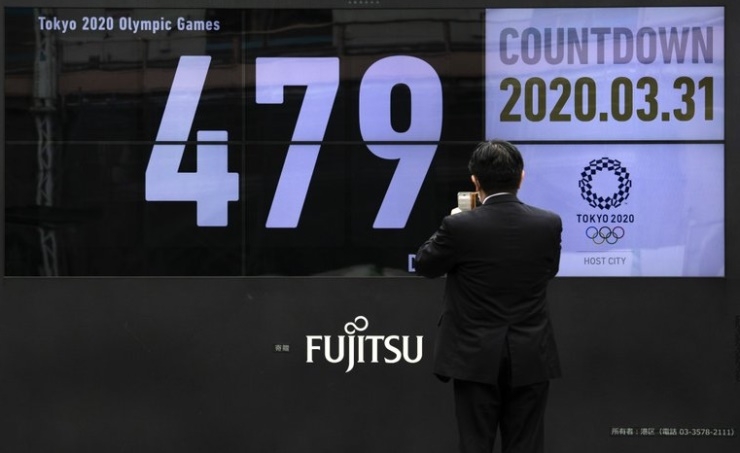 The countdown clocks have been reset and are ticking again for the Tokyo Olympics.

The model outside Tokyo Station,  and others across the Japanese capital, were switched on almost immediately after organizers announced the new dates — July 23 to Aug. 8, 2021.

The clocks read 479 days to go. That seems a long way away, but also small and insignificant compared with the worldwide fallout from the coronavirus, The Associated Press (AP) reported.

Then again, it’s not much time to reassemble the first Olympics to be postponed since the modern games began 124 years ago; not for 11,000 Olympic athletes and 4,400 Paralympic athletes, and not for sponsors, broadcasters, the fans that have already bought tickets and Japanese organizers and taxpayers who have spent billions and will have to come up with billions more to pay for the setback.

“I believe that these Olympics are going to have great historical significance,” Yoshiro Mori, the president of the Tokyo organizing committee, said after confirming the new dates.

Mori, an 82-year-old former Japanese prime minister, also recalled there’s no guarantee that the coronavirus pandemic will be under control a year from now. That includes the new dates for the Paralympics now set for Aug. 24-Sept. 5.

“This is a prayer that we have and I do believe that someone is going to listen to our prayers,” Mori said.

After cursory talk about an Olympics in the spring, the new summer dates overlap perfectly with the same time slot that was picked for 2020. Organizers are hoping to overlay the old plans with new plans, keeping venues in place, securing thousands of rooms in the Athletes Village, deploying the same volunteers, and letting people who bought tickets keep them.