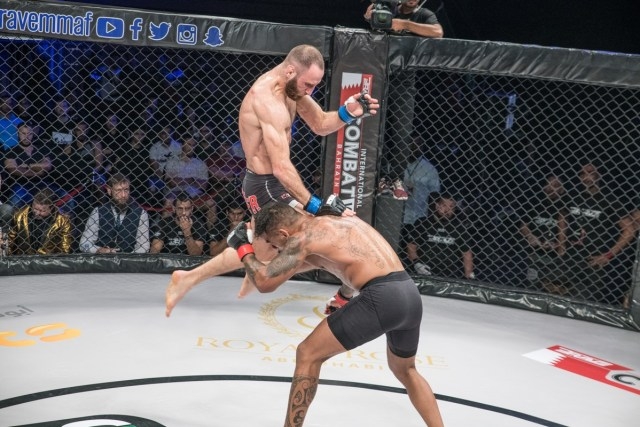 Guram pulls out of Brave CF 35

The injury bug strikes again as Sweden’s Guram Kutateladze was forced to pull from the upcoming Lightweight title fight against Cleiton “Predator” Silva at BRAVE CF 35, in Brazil. BRAVE CF officials have confirmed the information about Guram’s injury.

According to sources close to the situation, Guram Kutateladze suffered a rib fracture during his last sparring sessions ahead of the trip to Brazil. The length of Kutateladze’s recovery, though, was not informed by his team nor BRAVE CF officials.

With only a couple of weeks before the beginning of BRAVE CF 35 fight week in Balneário Camboriú, Brazil, the promotion hasn’t announced yet what are its plans, finding a new opponent for the champion Cleiton “Predator” or simply cancelling the main event.

BRAVE CF 35 will mark the fifth BRAVE Combat Federation event in Brazil, making it the most-visited country by the world’s fastest-growing MMA promotion alongside the Kingdom of Bahrain. The fight card, scheduled for March 28, will host the first two matches of the prestigious BRAVE CF Flyweight World Title Tournament, valid for the Group A: Flávio de Queiroz vs Malcolm Gordon and Jose “Shorty” Torres vs Matheus Nicolau.

Hillary Clinton: Any Afghan peace talks must include women