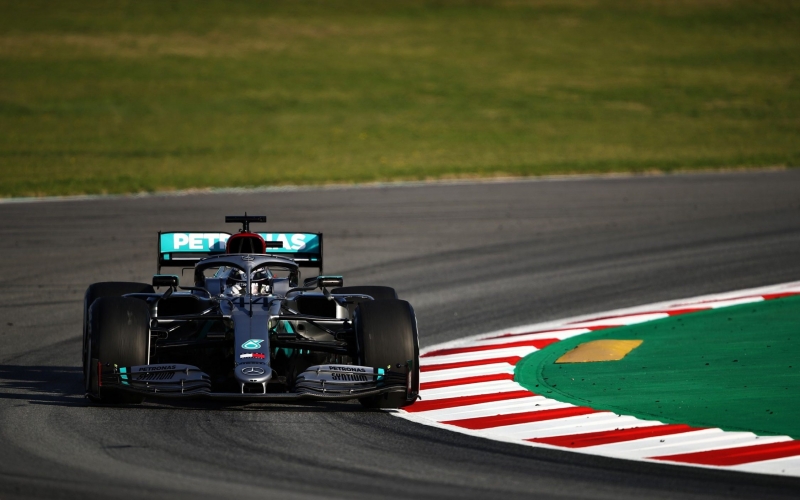 The AlphaTauri pair of Pierre Gasly and Daniil Kvyat are looking forward to the unique challenges set by the Formula 1 Gulf Air Bahrain Grand Prix 2020, which is set to take place just a week after the season-opening race in Melbourne, Australia this Sunday.

Both drivers were speaking ahead of the world championship’s curtain-raiser, which they acknowledged will be a “completely different challenge” to Bahrain. Gasly had one of the best results of his Formula 1 career at Bahrain International Circuit (BIC), where he just missed out on a podium after finishing fourth in the 2018 race while competing with Toro Rosso— now rebranded as AlphaTauri. Last year, he was eighth while competing for Red Bull Racing. “From Melbourne, we go to Bahrain, which will be a completely different challenge,” said Gasly. “It’s hotter, the tyres have to work harder, and you have to watch the degradation, particularly on the rear.”

Gasly is hoping to be able to make the most of the many overtaking opportunities at BIC, which he says adds to the excitement of the Sakhir night race. “Overall, it’s a circuit I have always appreciated, and it was there two years ago that I came fourth with Toro Rosso, my second-best result in Formula 1,” said the Frenchman. “It’s a pleasure to go back there with the same people now called Scuderia AlphaTauri. “It’s a complicated weekend with sessions taking place at different times of the day, at different temperatures and sometimes the wind can be a problem, upsetting the balance of the car. There are several straights so there are overtaking opportunities and generally the race is quite exciting there.” Meanwhile, Kvyat shares Gasly’s sentiments on what to expect at BIC.

Kvyat commented: “As for Bahrain, it presents different challenges compared to Melbourne as it’s a permanent race circuit, so it will be a more accurate test of where we are in terms of our car performance. “It will be much warmer than in Melbourne, the first time this year we will run the tyres in these conditions. The temperature can vary a lot between sessions as some of them start in the evening.

This makes finding the set-up quite tricky and it is also affected by strong winds that can pick up which has a knock-on effect that there is quite a lot of sand on the track, especially on Friday.” The Russian is hoping to improve on his Bahrain results from previous years, which included seventh and ninth in 2016 and 2015, respectively, while competing for Red Bull.

Last year, he was 12th with Toro Rosso. “I’ve not had any of my best results there in the previous years, but the track is okay and nice to drive with some interesting sections,” he said. “The circuit has a good spot for overtaking at the hard-braking area at Turn 1, after the long straight, so let’s try and have some fun!”