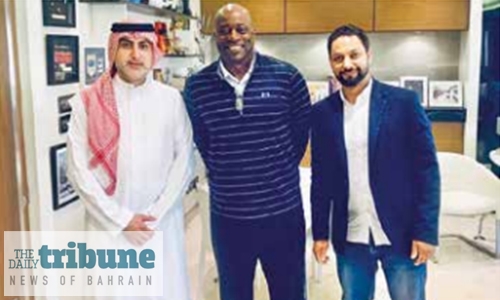 Vincent fills in the role last held by Serbian coach Darko Russo, who briefly took charge of Bahrain’s men’s team as they participated in the Gulf Basketball Association Men’s National Teams Championship 2019 last November and December. Vincent, a 56-year-old former point guard, is not a newcomer to Bahrain basketball.

In past years, he coached local clubs Manama and Al Ahli as well as most recently Riffa, whom he helped guide to the prestigious Khalifa bin Salman Cup for the first time last season. Vincent’s first task with the national team is to get them ready for their upcoming qualifiers for the 2021 Fiba Asia Cup.

Those games are scheduled to begin next month and Bahrain are in Group D of the qualifiers along with India, Lebanon and Iraq. Kanoo discussed the national team’s preparations for the qualifiers with Vincent and said that he hopes Bahrain can fight for good results.