Hamilton in local attire | THE DAILY TRIBUNE | KINGDOM OF BAHRAIN 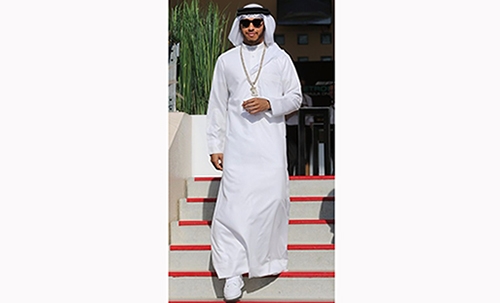 Manama: British Formula One racing driver Lewis Hamilton made headlines today as he arrived at Bahrain International Circuit, the venue of F1, in traditional Bahraini thobe and headdress.

The Mercedes driver   caused a considerable stir as he arrived in the Sakhir paddock. "Nothing but love and respect for this culture, and Bahrain!! Feeling royal!" Hamilton tweeted.

Vettel's Bahrain bid up in smoke