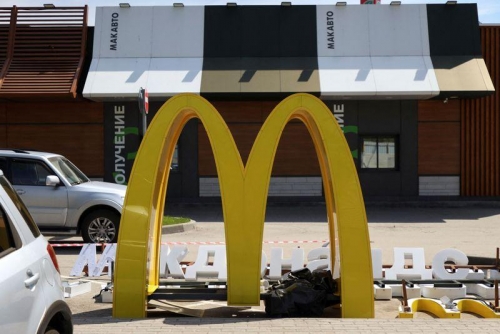 McDonald’s in Russia has registered possible brand names for the firm taking over its fast-food restaurants there, including “Fun and Tasty” and “The Same One”, patent filings showed yesterday.

The world’s largest burger chain, with nearly 850 restaurants in Russia, is selling up to one of its local licensees in response to Russia’s military campaign in Ukraine and the subsequent wave of Western outrage and sanctions.

The company said yesterday that the trademarks registered with Russia’s Rospatent agency, from which it ultimately planned to choose one brand, also included “Just Like That” and “Open Checkout”.