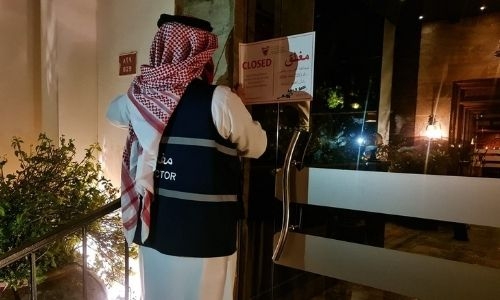 Restaurant in Adliya shut down after ‘no entry for veiled woman’

A popular restaurant in Adliya has been closed by authorities after a veiled woman was allegedly stopped from entering the facility.

Bahrain Tourism and Exhibition Authority (BTEA) said it has launched a probe into the issue, which hogged the limelight after a video showing one of the staff blocking a veiled woman from entering the facility became viral on all social media platforms.

The BTEA has asked all tourism outlets to comply with regulations and avoid enforcing policies that violate the laws of the Kingdom.

“We reject all actions that discriminate against people, especially regarding their national identity,” the BTEA said, adding that the step has been taken adhering to Decree Law No 15 of 1986, which regulates the tourism outlets including restaurants and hotels.

The authority added that it is pursuing legal actions.

It further called on the public to report such incidents to the authority through National Complaints and Suggestion system Tawasul or by calling the Consumer Protection Centre on 17007003.

Meanwhile, in a statement posted on social media, the restaurant management apologized for the mistake committed by one of the staff, which brought disgrace to the organization. “We have suspended the duty manager based on our investigation,” the restaurant said.

“We have been serving our customers from all nationalities living in this beautiful Kingdom for over 35 years now. Ours is a place for everyone to come and enjoy with their families and feel at home.

“In this instance, a mistake has been made by a manager who has been suspended and this doesn’t represent who we are,” the restaurant said.

Israel to host top diplomats from Bahrain, UAE, Morocco and US in landmark summit