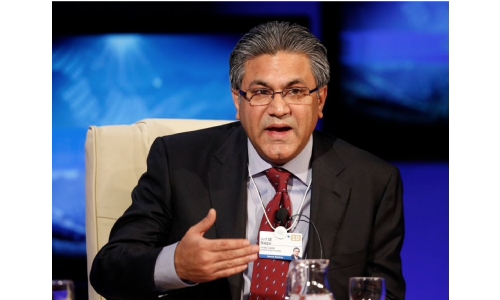 Dubai’s financial regulator has fined the founder of collapsed private equity company Abraaj Group almost $136 million and banned him from the emirate’s financial centre for “serious failings” concerning the firm.

The Dubai Financial Services Authority (DFSA) said Arif Naqvi has disputed the findings and that the parties would now present their cases to the Financial Market Tribunal (FMT).

The financial penalty will be stayed pending the decision of the FMT, while the ban on activities at the Dubai International Financial Centre (DIFC) will remain enforced, the DFSA said in a statement on its website.

DFSA said Naqvi “was knowingly involved in misleading investors over the misuse of their funds by Abraaj Investment Limited (AIML), a Cayman Islands-registered firm not authorised by the DFSA”.

“The significant fine imposed on Mr Naqvi reflects the seriousness of these offences and is based on Mr Naqvi’s earnings from the Abraaj Group,” it said.

The DFSA also fined former Abraaj executive Waqar Siddique $1.2 million and banned him from the DIFC.

Siddique has also disputed the DFSA’s actions and his fine has also stayed pending a decision by the tribunal.

The UAE in recent years has been tightening regulations regarding financial crime and awaits a March decision on whether it will be added to a dirty money watchlist.