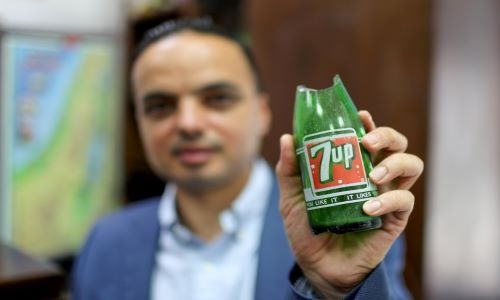 Gaza’s Pepsi bottling company was forced to halt operations this week due to Israeli import restrictions that were tightened during an 11-day conflict between Israel and Palestinian militants last month, the company’s owners say.

With a truce between Israel and Gaza’s Hamas largely holding, Israel on Monday allowed a limited resumption of exports from the enclave.

But it has kept in place tightened measures on raw material imports, including carbon dioxide gas and syrup that the bottling company’s factory needs to produce Pepsi, 7UP and Mirinda soda, said Pepsi Gaza’s Hamam al-Yazeji.

“Yesterday, we completely ran out of raw materials, and unfortunately we had to shut down the factory, sending home 250 workers,” Yazeji said. Before the May fighting, he said, Pepsi Gaza was generally allowed to import needed materials.

Asked for comment, COGAT, a branch of Israel’s defence ministry, said: “Due to the security situation, the import of industrial raw materials from the State of Israel into the Gaza Strip is not possible.”

COGAT said Israel was allowing other imports into Gaza, including fuel, food, medicine and medical equipment.

Israel and neighbouring Egypt keep tight control over Gaza’s borders and say the restrictions are necessary to stop weapons reaching Hamas and prevent them from being produced locally.

Shutdowns could also occur in other Gaza factories if Israeli restrictions are kept up, analysts say. Manufacturing makes up around 10 per cent of Gaza’s service sector-dominated economy, according to UN data.

Pepsi Gaza’s factory has operated continuously since 1961 when the Gaza-based Yazeji Soft Drinks Company acquired rights to produce 7UP and other types of soda in the enclave.

Worth about $15 million, the owners say the factory’s products are distributed locally.

A separate branch operates in the occupied West Bank, worth about $30 million, which serves the territory as well as East Jerusalem. Company officials had made plans to celebrate 60 years of operations before the shutdown on Sunday.

Yazeji had tears in his eyes as he walked through his empty factory on Monday. The shutdown was “catastrophic”, he said.

“This year should have been exceptional, celebrating 60 years since we began production. “We are deprived of marking this anniversary.”