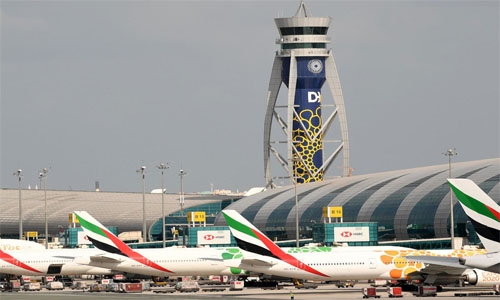 Emirates and Etihad, two of the Middle East's biggest airlines, said Tuesday they would be among the first companies to test an application that allows pre-travel verification of coronavirus tests and vaccinations.

The United Arab Emirates carriers have partnered with the International Air Transport Association (IATA) to be among "the first airlines" worldwide to trial the IATA Travel Pass, both airlines said in separate statements.

The IATA said the mobile app would enable passengers to "create a 'digital passport' to verify their pre-travel test or vaccination meets the requirements of the destination".

"They will also be able to share the test and vaccination certificates with authorities and airlines to facilitate travel," it said in a statement.

In November, the association warned that "the Covid-19 crisis threatens the survival of the air transport industry", with 2020 likely to go down in history as its "worst" year ever.

It also said that to get things moving again, systematic virus testing was required and that it was working on an application to help guarantee the authenticity of tests and vaccination certificates.

Emirates said initial implementation of the IATA Travel Pass in Dubai -- where the company is based and which has largely reopened its borders to foreign tourists -- was expected to begin in April.

"Emirates customers travelling from Dubai will be able to share their Covid-19 test status directly with the airline even before reaching the airport through the app, which will then auto-populate the details on the check-in system," it said in a statement.

Etihad, based in the capital, said the initiative would "initially be offered to Etihad's guests on selected flights from Abu Dhabi in the first quarter of 2021".

"If successful, the pass will be extended to other destinations on the Etihad network," it added.

The UAE launched a Covid-19 vaccination campaign in December, and health officials say it has already inoculated over 1.8 million of its approximately 10 million-strong population.

Emirates on Monday launched a vaccination programme for its staff based in the UAE.