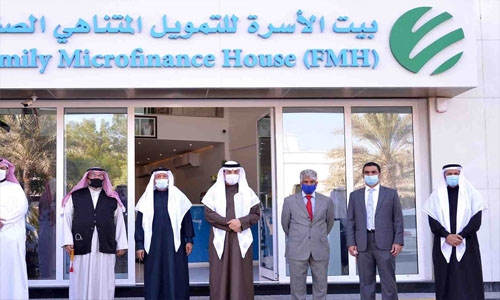 The Family Microfinance House, inaugurated under the patronage of His Majesty King Hamad bin Isa Al Khalifa in January 2010, was the first Islamic micro-finance bank in the Middle East.

The minister also assured that the bank would help Bahrainis market their products and train them to enhance their business management skills.

“Total funding, since its inception, exceeded 14 million Bahraini dinars,” the minister revealed adding that plans are on the anvil to support Bahraini families and raise their standard of living. “For this, the bank will be releasing more funds in line with the Islamic Sharia principles,” the minister added.

“Besides contributing positively to generating more jobs and enhancing the contribution of productive families, the bank also helped to establish projects that meet the domestic consumer market needs,” Humaidan said.

The Family Microfinance House, established with an authorised capital of BHD15 million and a paid-up capital of BHD5 million, works in cooperation with the International Grameen Foundation.

Bahraini claims he was approached by Qatar for spying

Local product exports value up by 25% to BD200 million