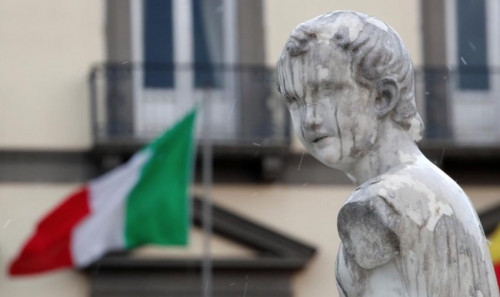 Italy is preparing to raise its budget deficit goals for this year and next and target public debt at around 156 percent of national output in 2021 because of the coronavirus crisis, two government sources said yesterday. The Treasury will raise the target for the 2020 deficit to about 12.8pc of gross domestic product from an 11.9pc goal set a month ago.

The 2020 debt should be near 160pc of GDP, up from a previous estimate of 157.6pc. The new forecasts, still to be set as talks continue in the ruling coalition, will be published next week in the Treasury’s Economic and Financial Document (DEF), which forms the framework of the 2021 budget. The DEF will target the deficit in 2021 at 7pc of GDP compared with a previous projection of 5.7pc set in April, the sources said, asking not to be named because of the sensitivity of the matter.