Elon Musk promises a Tesla car at a price of $ 25,000 within 3 years | THE DAILY TRIBUNE | KINGDOM OF BAHRAIN 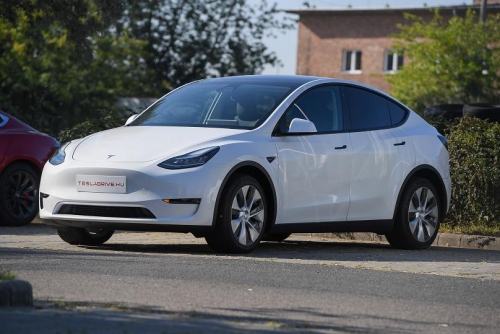 Tesla announced a series of technical improvements that would reduce production costs in half, pledging to put an electric car on the market at a price not exceeding $ 25,000 within three years.

This is a measure of real success, " said Elon Musk, group president, " How many years will it take to accelerate reliance on renewable energy sources? ", Stressing the need to act in the face of climate change.
In this context, the investor expressed his confidence, in the ability of the group to offer an electric car at a price of 25 thousand dollars soon, meaning that it will be at least ten thousand dollars cheaper, compared to the basic model that it currently sells. Reaching this goal requires reducing the cost of batteries used in the manufacture of electric cars.
To this end, Tesla presented a technical presentation, which includes a series of improvements in various stages of battery design: from the visualization of cells, through the manufacturing chain and the use of silicon, to the metals used in manufacturing and the techniques of incorporation into the vehicle itself.

These improvements announced by Musk, in an event reported immediately after Tesla's annual general assembly, reduce production costs by 56% per kilowatt-hour.
Because of the anti-COVID-19 measures, the event was held at an external location and the speakers took turns to speak from the podium in front of the contributors, who came to participate in the event and remained behind the wheel in more than two hundred cars manufactured by "Tesla", which were carefully parked in a large parking lot.
Karl Brauer, the analyst at IC Cars, said that Elon Musk did not revolutionize the nature of the battery or the way it works, but he adopted a more effective method in producing the battery and producing energy and saving it inside the battery.