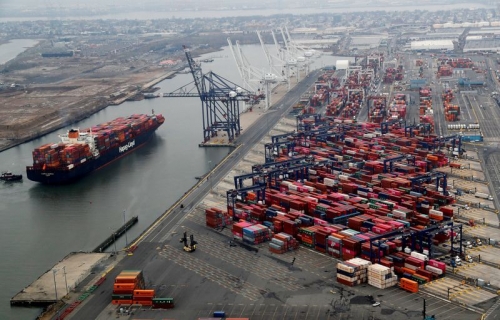 The Los Angeles-based maker of Exploding Kittens and Throw Throw Burrito board games ordered 1 million extra units from its factory in China with the hope of preventing coronavirus from ruining its Christmas sales.

The move from the company, which sells products through Target, Walmart, and Amazon. com comes as US suppliers and retailers have been rebuilding depleted inventories and battling uncertainty by stockpiling pandemic sellers such as toys, refrigerators, home furnishings, and booze.

In the last few months, “I started getting the games out of China as fast as possible,” said Carly McGinnis, chief operating officer at Exploding Kittens. US imports leapt 5.9pc to a record in August, the first year-over-year rise since September 2019, according to Panjiva, the supply chain research unit of S&P Global Market Intelligence.

It said imports of household appliances jumped 79.7pc, and furniture imports increased 38.1pc, fueled by orders from retailers like IKEA and Target. The Port of Los Angeles, the nation’s busiest seaport, unloaded thousands of containers from seven unscheduled cargo ships in August.

President Donald Trump’s trade war with China makes many imports costlier, but retailers said they don’t want to risk running out of merchandise if COVID-19 infections upend supply chains again. Chicago-area retailer Abt Electronics is snapping up brand-name refrigerators from suppliers in countries like South Korea and building reserves of flat-screen TVs.

Appliance makers are still catching up from factory closures earlier this year, said co-President Mike Abt, who is carrying about 20pc more of those items than last year. “My inventory is up, finally, in appliances but my business is up more” because stay-at-home recommendations mean refrigerators, stoves, and washing machines get more use, Abt said.

The family-owned retailer also has 27pc more flat-screen TVs in stock. “What if we have another spike in COVID cases and things lock back down again this fall?” said Tim Jordan, who sells home decor products on Amazon. He is trying to get six months’ worth of inventory, versus his typical three.

The holiday lineup at Walmart includes evergreen products for homebound shoppers: loungewear, outdoor grills, pet beds, laptop computers, and exercise equipment. The world’s biggest retailer did not immediately respond to a question about details of import strategy. Many large retailers are starting holiday promotions before Halloween as a hedge against upheavals that could cause consumers to snap wallets shut.

Introducing the power of the new BFC Pay app!

Japan, India working on release of oil stocks after US request