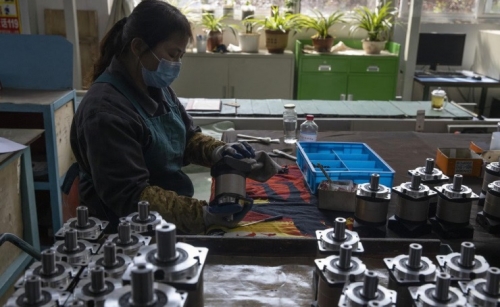 China became the first major economy to grow since the start of the coronavirus pandemic, recording an unexpectedly strong 3.2% expansion in the latest quarter after anti-virus lockdowns were lifted and factories and stores reopened.

Growth reported Thursday for the three months ending in June was a dramatic improvement over the previous quarter’s 6.8%contraction —China’s worst performance since at least the mid-1960s. But it still was the weakest positive figure since China started reporting quarterly growth in the early 1990s.

“We expect to see continuous improvement in the upcoming quarters,” said Marcella Chow of JP Morgan Asset Management in a report. China, where the coronavirus pandemic began in December, was the first economy to shut down and the first to start the drawn-out process of recovery in March after the ruling Communist Party declared the disease under control.

“The national economy shifted from slowing down to rising in the first half of 2020,” the National Bureau of Statistics said in a statement. Asian financial markets fell despite the show of strength by the region’s biggest economy as investor enthusiasm following announcements about research into a possible coronavirus vaccine receded.