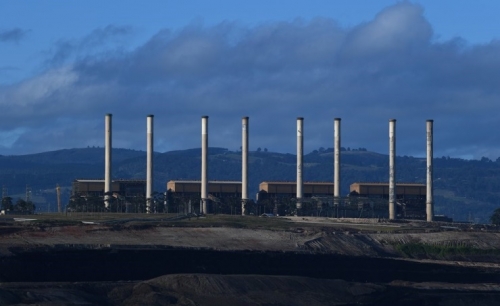 Australia is now the world's largest exporter of coal and gas and is "increasing its contribution to global climate change," a new report published Thursday said. Australia’s exported fossil fuels increased by 4.4 percent between 2018 and 2019, according to the Climate Transition report by the University of New South Wales, Deutsche press agency (dpa) reported.

"In 2019, the emissions from Australian fossil fuel exports were 1.4 times greater than Germany’s domestic emissions," the report said.

Professor Jeremy Moss, the author of the report, said the emissions from Australia’s exports in 2018 was 1.048 gigatons of carbon dioxide equivalent (CO2e), a term for describing pollution levels from different greenhouse gases.

The report was based on greenhouse gas emissions data released by the Office of the Chief Economist in Australia. Only Russia and Saudi Arabia were above Australia in global fossil fuel export-related pollution last year. Despite the conservative government's claim that the national emissions only have a minimal impact on the global climate, "Australia is, in fact, a major contributor to global climate change," the report said.