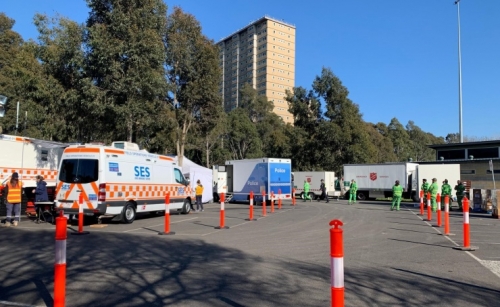 Australia’s second most populous city began a six-week lockdown on Thursday following a spike in new coronavirus cases, as states around the country tightened internal borders to prevent a second wave sweeping the country.

Australia has avoided the high casualty numbers of other countries to the COVID-19 pandemic, which has killed 544,055 people globally, but an outbreak in Melbourne prompted the state of Victoria to impose “self isolate” orders for the city’s estimated five million.

Victoria on Thursday reported 165 new infections have been detected in the last 24 hours, an increase on the previous day’s 134 cases. Other states and territories have recorded few or zero cases in recent weeks and are continuing to reopen their economies, but Prime Minister Scott Morrison told residents not to become complacent.

“We must continue to follow those social distancing protocols all around Australia, even in states or territories where the number of cases is effectively zero,” Morrison told reporters in Canberra, Reuters reported.

Biden to allow up to 62,500 refugees into US after criticism