In 2019, South Korea posts lowest growth in a decade | THE DAILY TRIBUNE | KINGDOM OF BAHRAIN 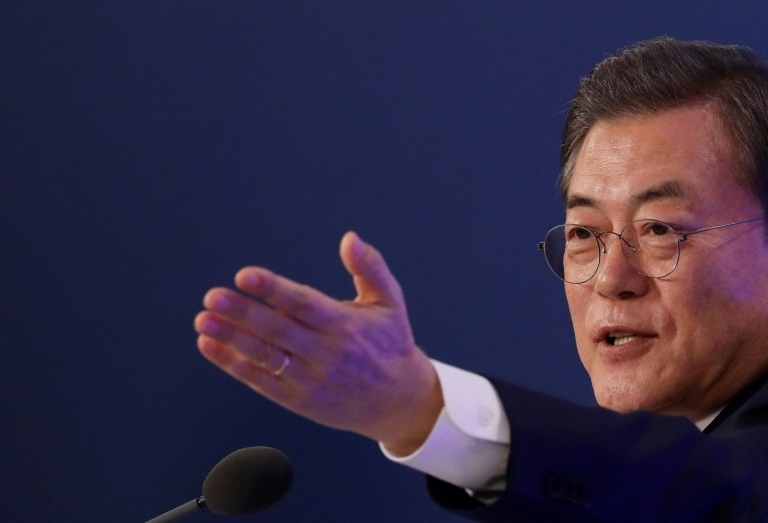 South Korea’s economy expanded at its slowest pace for a decade last year, hampered by prolonged trade tensions between the US and China and the sluggish semiconductor market, the central bank said yesterday.

The world’s 12th-largest economy grew 2.0 per cent in 2019, down from 2.7pc the previous year and the worst performance since 2009 in the wake of the global financial crisis.

Slowing growth presents a challenge for the South, which enjoyed a decades-long boom known as the “Miracle on the Han” but where a highly educated youth now struggles to find well-paid jobs and frustration is mounting over inequality.

President Moon Jae-in has been criticised for a controversial economic policy featuring public spending increases and the concept of “income-led growth”, which has seen the minimum wage rise more than 30pc in three years. Opponents say it hurts those it is intended to help by raising employment costs.

The trade-dependent economy slowed “due to factors such as a decrease in semiconductor prices”, the Bank of Korea said in a statement.

“While the growth of government consumption expanded, construction and facilities investment contracted as private consumption expenditure and export growth slowed,” it said.

Under pressure from the China-US trade row, outbound shipments grew 1.5pc, compared with 3.5pc a year earlier and the smallest expansion since 2015.

Growth in the fourth quarter was higher at 2.2pc year-onyear, the BOK said, boosted by government spending to offset weaker private consumption growth, which rose by 1.9pc last year, its slowest in six years.

Moon’s administration is set to raise public spending 9.1pc this year and spend 30pc of its infrastructure budget in the first quarter, ahead of parliamentary elections scheduled for April.