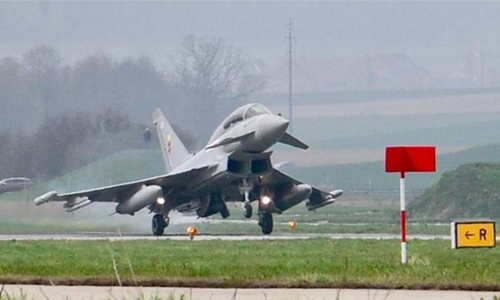 US private equity firm Advent International won its battle to buy Britain’s Cobham for $5 billion yesterday, taking advantage of the weak pound to pounce on the defence and aerospace group. Chairman Jamie Pike told a shareholder meeting the management had “pushed as hard as they could push” and engaged in some “arm wrestling” before finally settling on a price that marked a 50 per cent premium to the three-month average share price before the deal was announced.

In the latest of a series of buyouts in Europe as private equity firms seek new targets for their bumper cash balances, the deal was struck at 165 pence per share. The stock was trading at 161 pence yesterday morning. Cobham, which employs 10,000 people to make its pioneering air-to-air refuelling system and communications for military vehicles, has a storied history but has faced difficulties in recent years.

Launched in the 1930s, Cobham equipment came to the fore ahead of World War Two and in the 1982 Falklands conflict. Its technology is now used in aircraft such as the F-35 Joint Strike Fighter and Eurofighter Typhoon as well as advanced naval vessels, satellites and military vehicles. However, the company is still recovering from a string of profit warnings in 2016 and 2017, which forced it to raise cash from shareholders and prompted Chief Executive David Lockwood to embarked on a turnaround strategy more than two years ago to improve its financial and operating performance.

Final results from yesterday’s shareholder vote are not yet in, but the deal crossed the line with the 93pc approval from proxy votes. Advent has a track record in buying British technology, having snapped up electronics company Laird for $1.65 billion last year. Cobham’s Lockwood was Laird’s chief executive between 2012 and 2016.