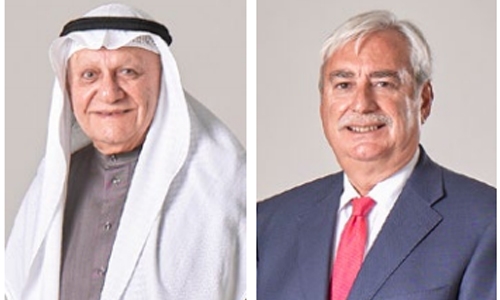 The National Bank of Bahrain (NBB) yesterday reported a 14.6 per cent increase in its second-quarter 2019 net profit driven by higher operating profit and interest income notwithstanding a rise in provisions. The bank’s quarterly net profit increased to BD19.6 million (US$52.1m) from BD17.1m (US$45.5m) in the same quarter a year ago. Net interest income was up 12.6pc to BD24.2m (US$64.4m) when compared with BD21.5m (US$57.2m) in the prior-year-period.

Earnings per share increased by 8.3pc to 26 fils (US$ 69 cents) compared with 24 fils (US$ 64 cents) in the prior-year period. This was achieved despite provisions of BD4.7 million, which were more than double the provision amount in the corresponding period in 2018. Net interest income increased by 16.8pc y-o-y to BD 48.0m (US$127.7m) compared with BD 41.1m (US$109.3m) in the prior-year period. Improvements were driven by prudent asset liabilities management and the acquisition of new customers from various sectors across the Bank’s business lines during the first half of the year.

Commenting on the results, Farouk Yousuf Khalil Almoayyed, Chairman of NBB, said the bank’s success in the first half “reflect the ongoing success of our strategy and the achievements made in transforming the bank.” “Continued expansion and income generation from our core banking activities drove strong gains in operating profit with another significant increase of 17.3pc reported for the first half of the year.” Jean-Christophe Durand, Chief Executive Officer of NBB, said, “Gains in operating income and profits during the period were the result of further business expansion and growth as well as the prudent management of costs.”

The bank, he said, is working to create tailored solutions for SMEs and is also stepping up its debt capital market and advisory activities with a focus on large corporates and economy. “We are now focused on taking a more leading role alongside other sizeable regional banks in the provision of financing and syndications and have already developed a strong track record.” Durand said NBB is planning expansions in Saudi Arabia and the UAE.

“Over the past six months, we have continued building our team based in the Kingdom’s capital and have recently received approval from the Central Bank of UAE for “reactivation” of our branch licence in Dubai, from where we will focus on growth in corporate and commercial banking operations.”