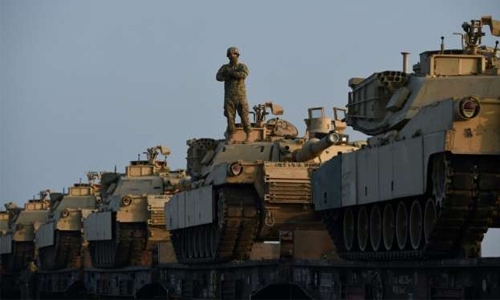 The US State Department has approved the potential sale to Taiwan of $2.2 billion in arms, including Abrams tanks and Stinger missiles, the Pentagon said on Monday. The announcement is likely to anger Beijing, which views Taiwan as part of its territory and has previously expressed “serious concerns” about the possible sale.

It coincides with other strains in US-China ties, particularly over trade. Congress has been notified about the potential deal, which would include 108 M1A2T Abrams tanks, about 250 Stinger missiles, related equipment and support, according to the Defense Security Cooperation Agency (DSCA). The proposed tank sale “will contribute to the modernization of the recipient’s main battle tank fleet, enhancing its ability to meet current and future regional threats and to strengthen its homeland defense,” DSCA said.

And the missiles would “support the foreign policy and national security of the United States by helping to improve the security and defensive capability of the recipient, an important force for political stability, military balance, and economic progress in the region,” it said. Neither would alter the “basic military balance in the region,” according to DSCA. Beijing registered its opposition to the possible sale earlier this month.