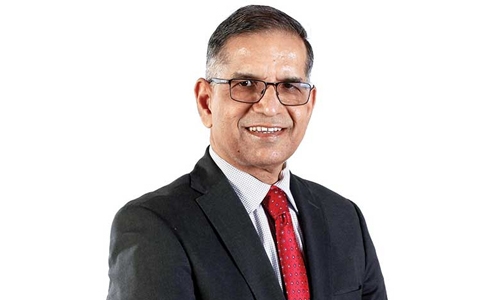 India’s biggest software outsourcing firm Tata Consultancy Services (TCS) yesterday reported record quarterly earnings, buoyed by a growing demand for its banking and financial services. Mumbai-based TCS posted a 11.2 per cent rise in net profit to 81.31 billion rupees ($1.20bn) for the quarter that ended June 30, up from 73.40bn a year earlier, the company said in a statement. The earnings of TCS are seen as an indicator of the overall performance of the IT services sector.

“Our margins this quarter fully reflect the annual increments that we effected across the board in April,” TCS chief financial officer V. Ramakrishnan said in a statement. TCS was at the forefront of India becoming a back office to the world as companies -- largely in developed nations -- subcontracted work, taking advantage of the country’s skilled English-speaking workforce. “We continue to execute well and delivered some significant transformation programs to our customers during the quarter.

Our platforms for the financial industry are doing well,” said N. Ganapathy Subramaniam, the chief operating officer. The company also said it had added more women to its workforce, who now make up 36.1pc of it. In November 2018, TCS was cleared of anti-American bias by a Californian court after former staffers, mostly Americans, had accused the IT giant of predominantly hiring Indians and firing locals.

TCS gets more than 80pc of its revenues from Western markets including the United States and Europe. India’s $150bn IT sector has long been one of its flagship industries and despite multiple challenges, they continue to boast healthy balance sheets. Shares of TCS fell almost two percent on the Bombay Stock Exchange sensex index as the markets had closed before the results were announced. TCS rival Infosys is expected to announce its quarterly earnings on Friday

Instagram rolls out new features to counter bullying with AI