Electric scooters - Not so eco-friendly after all? | THE DAILY TRIBUNE | KINGDOM OF BAHRAIN 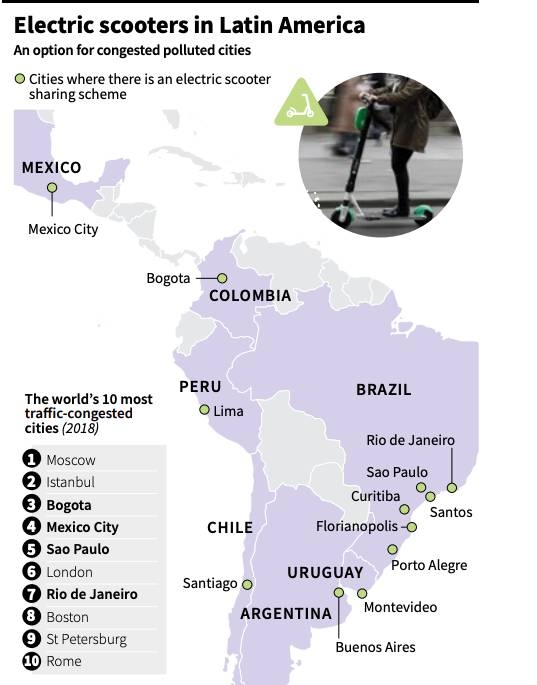 E-scooters touted as zero-carbon urban transport are flooding city streets worldwide, but just how green they remain an open question. The companies -- from multinationals to local start-ups -- distributing them insist the omnipresent two-wheel vehicles are a boon for the environment and a curb on global warming.

“Bird was founded to help create a cleaner and more hospitable world that prioritises people over cars,” the American firm, one of the global leaders in e-scooters, says on its website. “Scooters cut the use of vehicles and reduce the volume of traffic on the road,” it said.

“They also help reduce pollution and improve air quality.” Shared scooters that do not require docking ports can be driven door-to-door, avoid stressful searches for parking spaces, and have zero-emission motors. On paper, they have the potential to radically reduce urban car traffic: 70 percent of car trips between home and work in France, for example, is five kilometers (three miles) or less, according to the French National Institute for Statistics and Economic Research (INSEE).

“Micro mobility could theoretically encompass all passenger trips of less than eight kilometers (5 miles), which account for as much as 50 to 60 percent of today’s total passenger miles traveled in China, the European Union, and the United States,” consulting firm McKinsey said in a report.

In the US, riders made nearly 40 million trips on shared scooters last year, according to the National Association of City Transportation Officials.

Lime, a major player financed by Uber and Google-parent Alphabet, found that roughly one in every three Lime rides in 26 cities around the world replaces a trip by car.

No long-term data “From this shift, we estimate that our riders have avoided 15 million miles (24 km) of car travel and prevented 6,220 metric tons of carbon emissions” over a two-year period, the company noted.