US consumer inflation slows in May on cheap energy, used cars | THE DAILY TRIBUNE | KINGDOM OF BAHRAIN 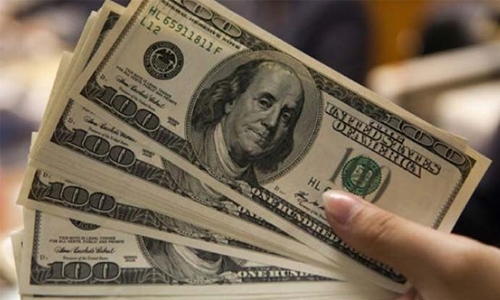 US consumer inflation slows in May on cheap energy, used cars

Falling prices for energy and used cars held down US inflation in May, extending the long run of soft price pressures, according to government data released yesterday. The latest confirmation of the absence of inflation should comfort markets hoping the Federal Reserve will cut interest rates in the coming months to boost the economy, especially amid President Donald Trump’s multi-front trade wars.

The central bank is due to hold its next policy meeting next week but most investors do not expect the Fed to announce any changes so soon. The Consumer Price Index -- which tracks costs for household goods and services -- rose a token 0.1 per centa compared to April, matching analyst forecasts, the Labor Department reported. Food prices jumped 0.3pc in the month, but that was more than offset by a steep 0.6pc decline in energy costs. Compared to May of last year, prices are up 1.8pc, slowing from the 2pc increase in April.

When the volatile food and fuel categories are excluded, “core” inflation also rose 0.1pc for the fourth month in a row, falling just shy of a consensus forecast. Compared to May of last year, the core CPI is twopc higher, slowing slightly from the 2.1pc pace of a month earlier. Prices medical care, air fares, education, furniture and new autos all rose. But costs for auto insurance, used motor vehicles and recreation fell. Housing costs have been rising steadily as rents have increased 3.7pc in the latest 12 months, while the rent equivalent for homeowners in up 3.3pc, according to the data.

Economists said the price data undermine Fed’s view that factors keeping inflation below the twopc goal are temporary. “The view that the dip in core inflation is transitory -- a view that both we and Fed Chairman Powell have held to -- is coming under pressure,” RDQ Economics said in a research note. But Kathy Bostjancic of Oxford Economics said the Fed will hold off before cutting the benchmark lending rate, and watch to see the impact of tariffs on the economy.

“We believe the Fed will cut rates this year but wait until December as they want to see evidence in the hard data that heightened trade tensions are significantly eroding economic activity before pulling the easing trigger,” she said in an analysis.