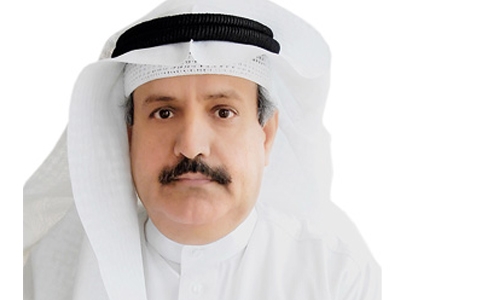 Al Baraka Banking Group BSC (ABG) achieved a first-quarter net income attributable to ABG’s shareholders of US$ 24 million, while total net income reached US$ 41m, total operating income US$ 216m for the same period, and total assets increased to US$ 24 billion at the end of March 2019. The first quarter of 2019 saw a slowdown in the performance of economic activities in some of the main markets in which the Group operates such as Turkey, Algeria, Tunisia and Sudan for various reasons, which affected the volume of business generated by the Group’s units in these markets.

At the same time, ABG said, there was stability or narrow movements in the domestic currencies of these countries against the US dollar, which reflected positively on the asset items, but its positive effects on the income items were not yet clear due to the difference in the accounting method in treating the local currency conversion to the US dollar between assets items and income items. “We expect these positive effects to emerge in the coming quarters.” “The first quarter also saw the settlement of some large syndicated funding amounts from some units, all of which were budgeted in the budget we set for this year.”

Operating assets (financing and investments) amounted to US$ 18bn as at the end of March 2019 compared to US$ 17.9bn in December 2018, increasing by 1pc. Customer accounts including due to banks and financial institutions as at the end of March 2019 reached US$ 19.8bn, an increase of 1pc compared to US$ 19.6bn level as at end of December 2018. Sheikh Saleh Abdullah Kamel, Chairman of Al Baraka Banking Group, said “The results of the Group for the first quarter of 2019 are considered acceptable, taking into account the geopolitical and economic conditions undergone by many countries where our banking units operate.

Our units were able to achieve these results while at the same time maintaining the quality of its assets and the soundness of liquidity, besides continuing their efforts to diversify income sources”. For his part, Abdulla Ammar Al Saudi, Vice Chairman of ABG, said: “The financial results achieved by the Group and its units in the first quarter of 2019, despite all unfavorable conditions, confirmed that they have established a strong presence, rich financial, technical and human resources, and extensive experience in their markets, enabling them to generate sustainable returns, which their size affected sometimes by those conditions.”

With regard to the Group’s plans to expand its branch network, Adnan Ahmed Yousif, Member of the Board of Directors and President & Chief Executive of Al Baraka Banking Group, said: “The Group’s units have continued their careful and well-planned expansion programs, where the number of new branches opened by these units has reached 3 branches during the first quarter of 2019, bringing the total number of branches to 700 at the end of March 2019.”