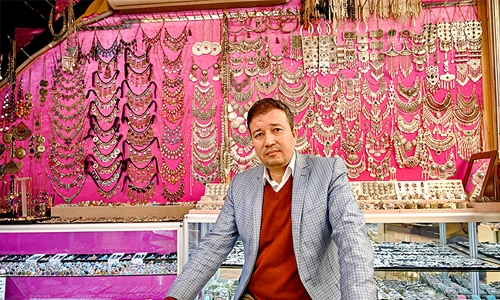 When Afghan businessman Haji Yakup Burhan fled the violence of his home country 30 years ago, he brought with him his family -- and all his money. He headed to Saudi Arabia, where he opened a restaurant but, as refugees, his children had difficulty getting into a school.

Then he moved to the United Arab Emirates, but Dubai’s costs seemed impossible. So, two years ago, he moved to Turkey and opened a restaurant in Istanbul’s Esenyurt neighbourhood, taking advantage of the country’s relatively open business environment for refugees. “I have 15 people working for me in this restaurant. They are Afghans, Iranians and Turks. “

I have invested about $120,000 (107,000 euros) in this restaurant so far,” Burhan, 52, told AFP at his Afghan Kebab establishment. “Over 60 per cent of our customers are Afghans living here. The rest are Arabs, Iranians and Turks,” he said. Afghan refugee entrepreneurs appear to be increasingly finding success in Turkey, where they bring to the local economy, not only their savings, but sought-after know-how, whether in restaurants, commerce or skilled crafts and specialities.

In turn, Turkey offers refugees simplified administrative procedures for setting up a new business. Turkey hosts nearly four million refugees, with Syrians making up the largest group, but Afghans number more than 145,000, according to Amnesty International figures released last year. Some people in Turkey view refugees as a burden, but a different picture emerges in Burhan’s bustling Istanbul suburb, where refugees like him have made significant investment in the Turkish economy.

Student of the Year 2: a fun film with a weak script