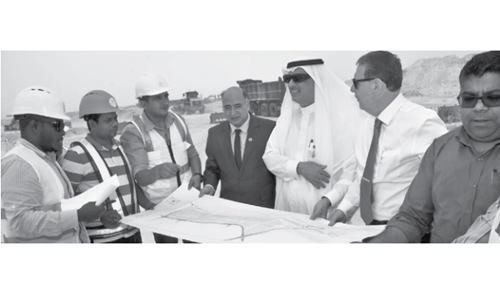 The University, Dr Al Ohaly confirmed, will soon sign a contract with the company to begin the construction works, scheduled to complete within 30 months of signing the contract. Al Fouzan Trading and General Construction Company is a Saudi company that has undertaken several projects including that of university hospitals in Saudi Arabia.

The College of Medicine and Medical Science in AGU is also following the directives of the Prime Minister HRH Prince Khalifa bin Salman Al Khalifa to train national medical cadres. The centre, Dr Al Ohaly said, will provide advanced training opportunities to AGU’s College of Medicine and Medical Science students. The hospital, which includes 288 beds, will have several research and excellence centres, as well as a college of medicine.