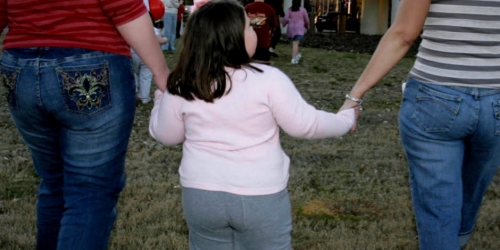 Obesity numbers are increasing every year which is now becoming an important health concern to combat. A study was conducted by the Bahrain Medical Society reporting that individuals are suffering with obesity at high rates, and it is mostly occurring within the younger population.

From 2000 to 2020, Bahrain has seen an increasing amount of the population suffering with obesity, and the numbers have not slowed down. The study finds that “adolescents in the Kingdom of Bahrain are experiencing high obesity rates and there is an increasing urgency to undertake measures to control the problem in the younger generation, to reduce serious outcomes.”

According to the Global Nutrition Report, individuals aged 18 years and older have an estimated 39.5 per cent obesity rate. “Bahrain’s obesity prevalence is higher than the regional average of 10.3 per cent for women and 7.5 percent for men.”

There are many elements which can contribute to obesity which can include both genetics and environmental factors. According to Bahrain Medical Society, there are many factors that cause the development of obesity such as genetic factors, family history, lack of physical activity, gender, income, and nutritional habits.

Children or young people who struggle with obesity at younger ages, find it more difficult to get fit and healthy during their adult stages. This results in an increase of an increase in obese adults as children are not developing healthy habits from a young age, the unhealthy habits develop into their older years, the report states.

PubMed reports that there has been an increase with the availability of convenient high-calorie foods which has resulted in the increase of obesity rates all over the world. Speaking to The Daily Tribune, Sara Alwatani, a senior dietitian, said: “Everyone deals with different food habits, and fast food and sugary drinks are the most common foods that lead to weight issues or obesity.”

She added: “Both environmental and genetic factors contribute to weight issues and obesity; however, environmental factors seem to be the largest contributor to obesity, especially an individual’s choice in lifestyle.”

Obesity is an important public health concern in many countries, and there are many consequences in which individuals could face whilst battling with obesity. These can include, chronic disease, morbidity and mortality, high medical costs, and psychological and social costs. President of the Supreme Council of Health, Lieutenant General Dr Shaikh Mohammed bin Abdullah Al Khalifa, has said: “Obesity is a top priority in the national plan to achieve the sustainable development goals.”