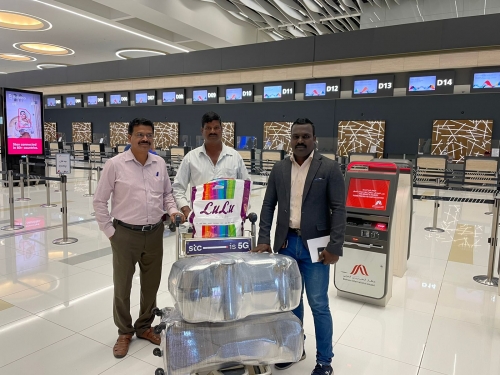 After enduring absolute hopelessness for 25 years in Bahrain, a poultry farm worker was finally rescued and sent back home, thanks to the timely support from the Indian Embassy and social workers.

Indian national Ramasamy Govindan, aged 52, a native of Neelamangalam, Kallakurichi district in Tamil Nadu, came to the Kingdom 25 years ago as a supervisor in a poultry farm with great hopes of supporting his family back home.

According to sources, his basic wage was suspended during the coronavirus period, and the employer did not renew his visa. Mr Govindan was distressed as he failed to send money back to his hometown where his family is.

His living conditions were terrible; he didn’t have proper food, he lived in a filthy place, he lacked education and did not speak in English, which was one of the reasons why he was always afraid to ask for help.

Speaking to The Daily Tribune, Mr Senthil G.K, President of Annai Tamil Mandram, said: “Mr Govindan finally approached the Indian Embassy and us. We made the arrangements to file a case as per the instructions of the Indian Consular Officer, but as he did not have sufficient documents, that effort also did not bear fruit.

“After I gave instructions, the administrators of the ATM have been fulfilling his daily needs, for instance providing him with food, giving him shelter and arranging his necessary documents from both the embassy and the company. We were in a rush to send him back as his passport was going to expire on 25 November.

“After a huge struggle of more than six months, all his problems were resolved and we booked his ticket. He was finally sent home on 26 November, with the help of Annai Tamil Mandram, expressing its sincere gratitude to all those who have helped in his case.”