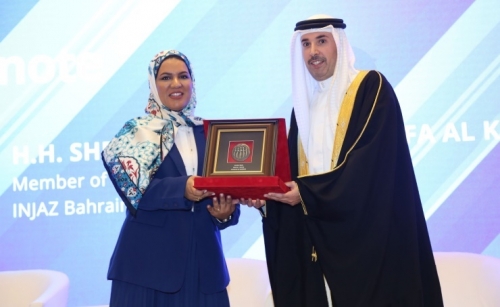 He was speaking in the opening ceremony of the eighth edition of Manama Entrepreneurship Week (MEW 2022), which is organised by the Capital Governorate in strategic partnership with the Labour Fund (Tamkeen).

Held from yesterday to December 1, MEW 2022 is being organised under the theme “Renaissance and Innovation” and features more than 40 workshops and panel discussions presented by over 70 experts and specialists in entrepreneurship from Bahrain and the world.

The Capital Governor said that the ongoing organisation of the event seeks to further consolidate the culture of entrepreneurship among the Bahraini youth and motivate them to set up their private projects and expand businesses.