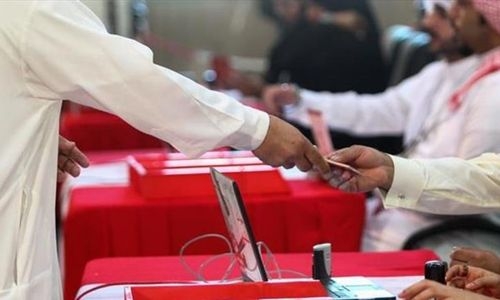 The polling and counting committees at Bahrain’s diplomatic headquarters abroad will today receive the voters participating in the parliamentary elections.

Counselor Nawaf Abdullah Hamza, the Chairman of the Legislation and Legal Opinion Commission and Executive Director of the Parliamentary and Municipal Elections 2022, called on citizens abroad to actively participate in the parliamentary elections, which will be organised through 37 diplomatic headquarters.

He pointed out the possibility for the voters to turn up at the polling and counting committees from 8am to 8pm, according to the local time of the city in which the embassy, consulate or diplomatic mission is located.

Counselor Nawaf Abdullah Hamza said that holding the parliamentary elections abroad reflects keenness of the Kingdom of Bahrain to enable citizens to exercise their constitutional right in casting their ballots.

He noted that the Executive Management of the Elections has completed all its preparations through continuous coordination and follow-up with the Ministry of Foreign Affairs, with the aim of ensuring that citizens can exercise their right to vote in an atmosphere of integrity and transparency similar to the electoral system inside the kingdom, under full judicial supervision.

Elections in the Kingdom are to be held on November 12.

For promoting peace and coexistence