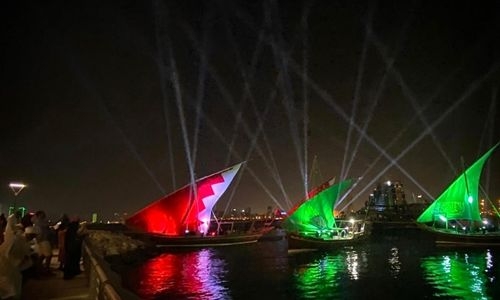 The Bahrain Tourism and Exhibitions Authority (BTEA) along with Bahrain Bay Development have inaugurated an official memorial in Bahrain Bay area. to commemorate the Saudi National Day, celebrated annually on September 23.

The Obelix monument was decorated with internally LED lit calligraphy consisting of a beacon of light that points towards The Holy Kaaba in the Grand Mosque in Makkah.

The grand structure is assembled in the middle of the maze located at The Gardens area in Bahrain Bay- one of the most exquisite gardens in Bahrain. 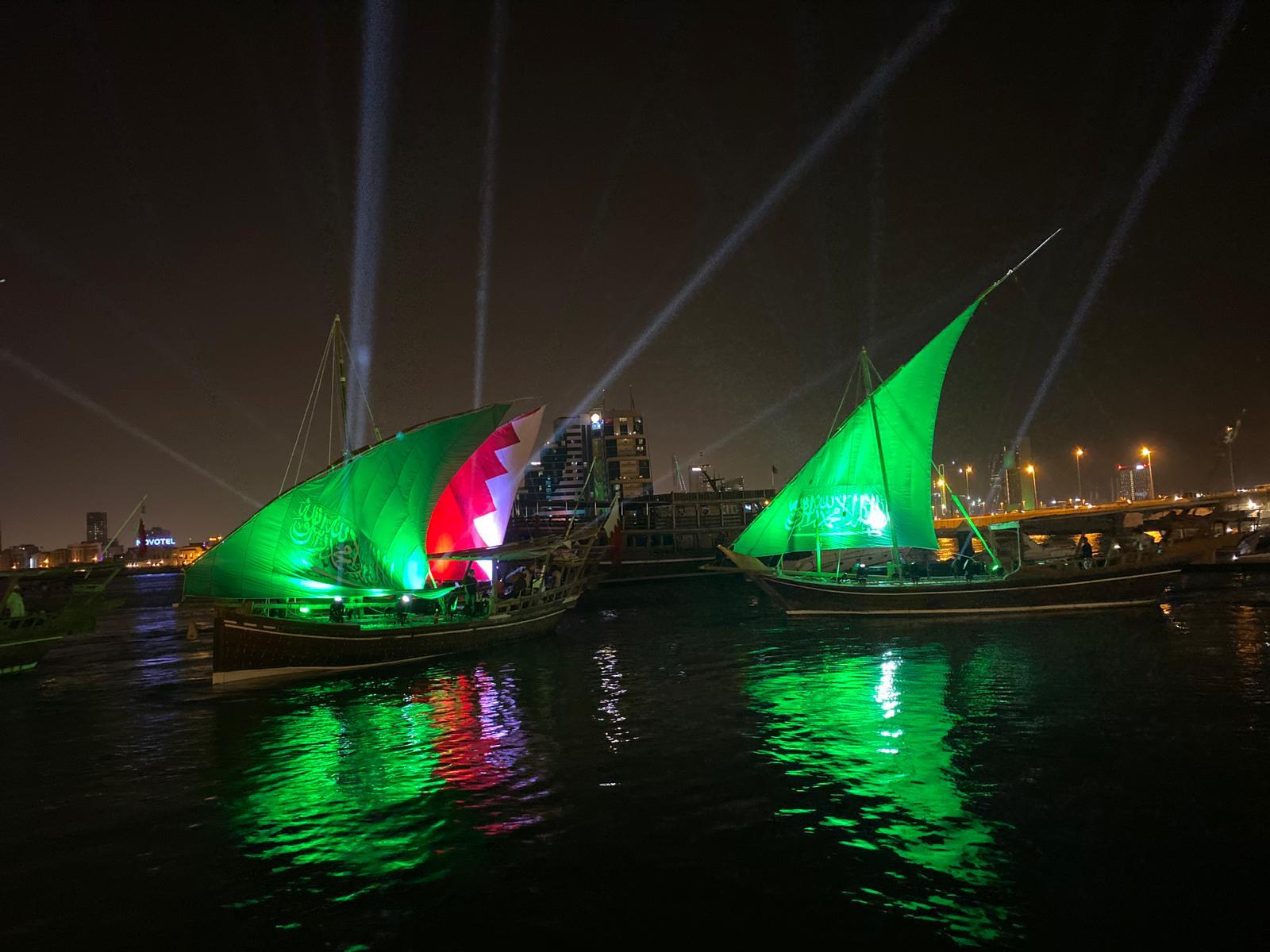 The inauguration ceremony featured a variety of events, including a musical performance and a Dhow show lasting for three hours. The memorial also reflected several long rays of green laser colors pointing towards Saudi Arabia.

"Through this memorial, we wish to welcome our Saudi brothers to the Kingdom of Bahrain and greet the Kingdom of Saudi Arabia on the occasion of its National Day,” BTEA Chief Executive Officer Dr. Nasser Qaedi said. 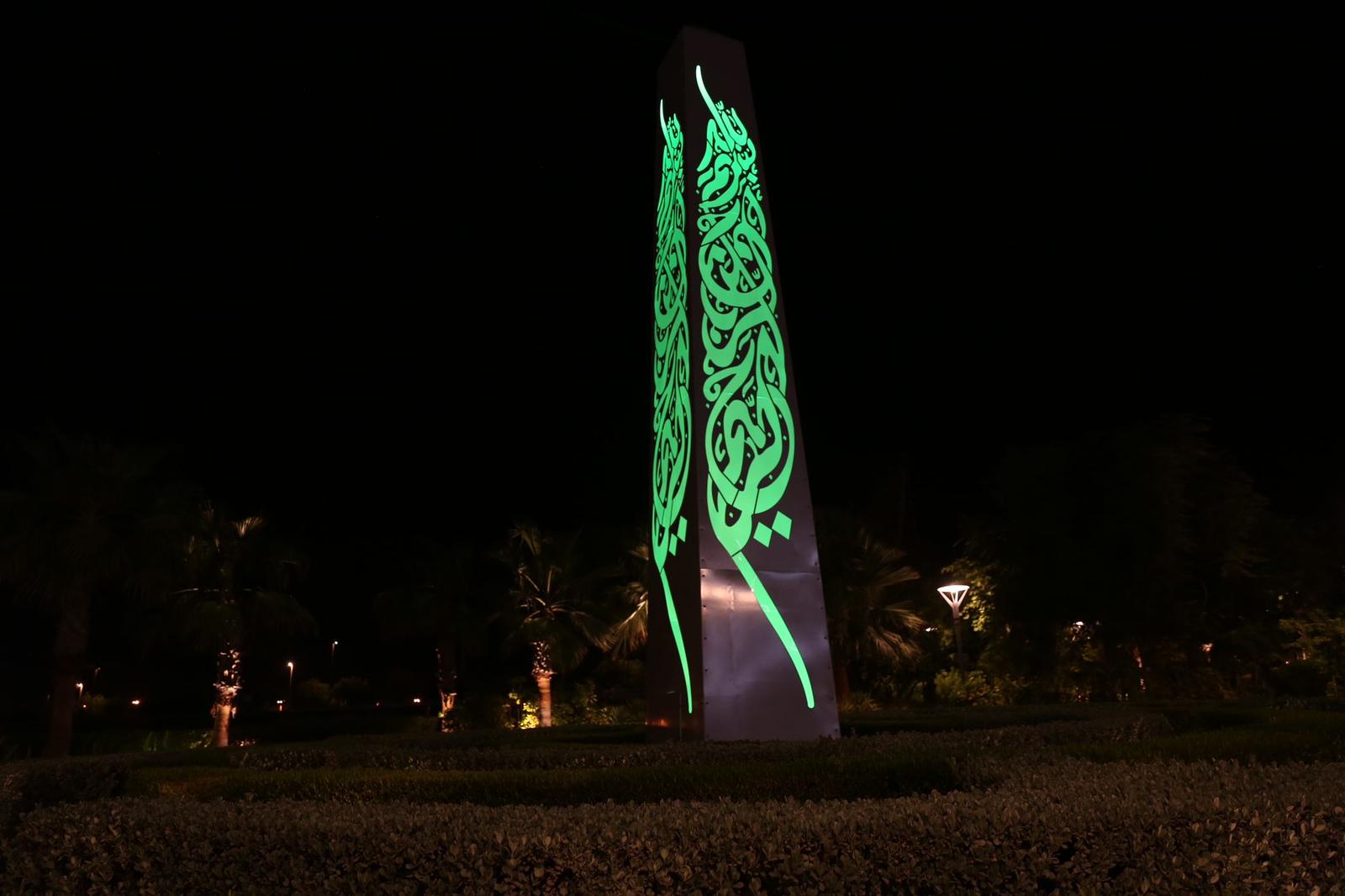 He praised the memorial's organizers for their unique idea and for choosing one of Bahrain's best-known locations for the memorial to be assembled, which serves as a constant reminder of the close relations between Bahrain and Saudi Arabia.

“The unveiling of this memorial is just one of the celebrations of the Saudi National Day that BTEA has planned and executed successfully,” Dr. Qaedi said.

“Such activities include singing traditional Saudi and Bahraini songs, performing of character and puppet shows in the Manama Souq and promoting this event through a variety of media partners.”

Dr. Qaedi also remarked on how eager the various private tourism facilities in Bahrain were to make necessary preparations to welcome people and families from Saudi Arabia on this occasion, as well as the captivating entertainment programmes that have been offered, as an embodiment of the theme Bahrain has launched on the auspicious occasion: "Delighted to see you." 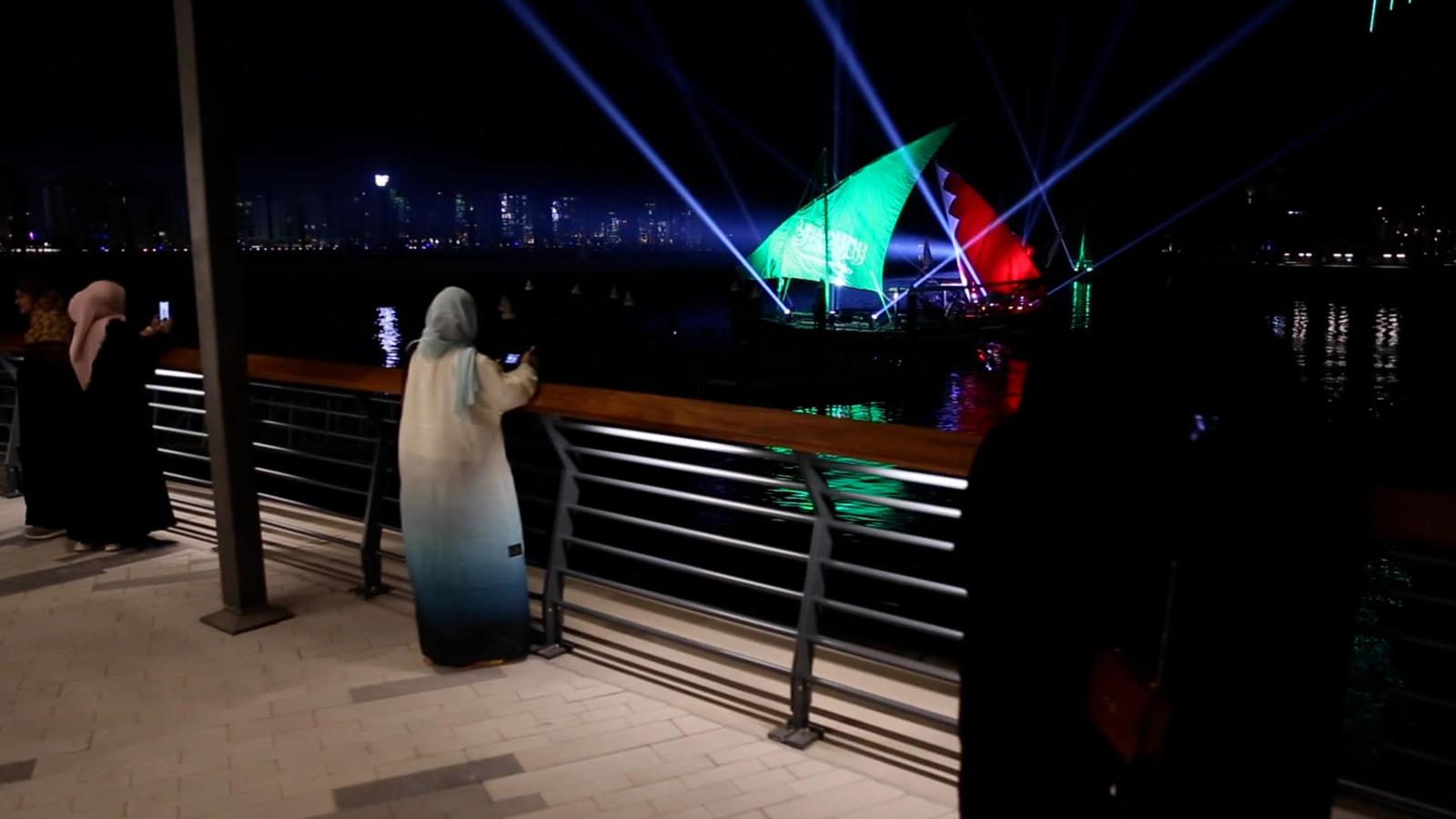 Gagan Suri, CEO of Bahrain Bay Development Company said that Bahrain Bay is proud to showcase the outstanding monument of The Obelix at Bahrain Bay, inaugurating it with colors of the Saudi National Flag on its National Day.

"The Obelix at Bahrain Bay was internally conceptualized and designed by Bahrain bay Development’s internal creative team after researching many inspiring ideas and iconic monuments around the world,” he said.

“We chose this monument because it brings the past, present and future all in one monument intertwined with a practical function.”