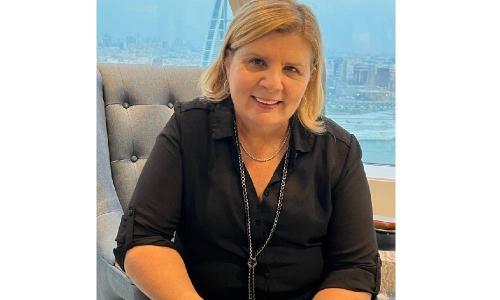 Bahrain-Israel Free Trade Deal ‘to be a reality soon’

The Free Trade Agreement (FTA) between Bahrain and the State of Israel is going to be a reality soon, according to the current Israeli Minister of Economy and Industry.

During an exclusive interaction with The Daily Tribune, Orna Barbivai, who is on an official visit to the Kingdom, said the FTA will be a milestone in the bilateral ties between both nations.

“A free trade agreement between the Kingdom and Israel could certainly be a reality. One of the objectives of my visit is to promote FTA between both nations and my visit to the Kingdom follows the state visit of Industry and Commerce Commerce Minister Zayed Al Zayani to Tel Aviv,” Ms Barbivai said.

She said the relations between both nations have been scaling new heights “since the signing of Abraham Accords almost two years ago”.

“The biggest change happened two years ago with the signing of Abraham Accords. We are set to celebrate two years of signing the historic accord this month. And the experience has proved that it is possible to improve political and economic relations between nations in the region.”

Ms Barbivai said the Negev Summit was another significant development. “The summit and subsequent follow-up meetings have been highly successful. The growing relations can definitely deliver economic benefits for both nations.

“But more than economic goals, it is the people-to-people relations that we are aiming to further boost. We want to contribute to the greater human story by connecting the peoples of both nations,” the Israeli minister pointed out.

Ms Barbivai said the ongoing bilateral cooperation encompasses many spheres including water resources, food technology, health, agriculture and other latest technologies. “There can be possible cooperation between the startup sectors of both nations as Bahrain and Israel have a vibrant startup ecosystem.

“As we all move towards the concept of knowledge economy, knowledge sharing becomes vital between nations and it is a great possibility between Bahrain and Israel.

“The leaderships of both nations have taken a great step and now it is the time for the ministries and governmental agencies to set up a platform for growth.” Ms Barbivai highlighted many global issues including the climate change and post pandemic recovery challenges, where the Kingdom and Israel can work hand-in-hand.

“Covid-19 and many other challenges have proved to the world that we are stronger and more successful when we are together. During the peak of pandemic times, there existed a global cooperation among nations on the supply of vaccines and other medicines.”

She said Israel has always been promoting peace and friendship and seeks peaceful solutions to the conflicts that exist across the world. “We seek peaceful solutions to the present Russia-Ukraine conflict, which has created a grain crisis, mainly for the Mideast nations. Israel imports 51 per cent of wheat from Russia and 16pc from Ukraine. And the conflict has adversely affected our wheat imports and so are the other nations in the region.”

When asked about the growing economic clout of China, Ms Barbivai said Israel has its own independent foreign policy towards China. “US is a steadfast and strong ally of Israel. Nevertheless, Israel needs to protect its interest and China cannot be economically ignored since it is the second largest economy in the world.”

In May 2022, the UAE became the first Arab and GCC nation to sign a FTA with Israel. Ms Barbivai earlier worked for the Israel Defence Force and is a retired Major General, the first Israeli woman to hold that military rank.