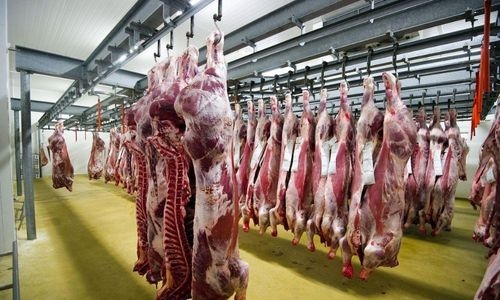 A group of mutton merchants at the Central Market in Manama allege that wholesale traders are illegally stocking fresh mutton shipments from Kenya and Tanzania intending to sell them to local hypermarkets and farms.

The merchants also claimed that the wholesale traders were citing the elections in Kenya as the reason behind the supply crunch “while illegally stocking the meat with ulterior motives”.
Speaking to The Daily Tribune, a mutton merchant at the market requested immediate intervention from the Ministry of Industry, Commerce and Tourism to end this illegal activity by wholesale traders toward retail merchants.

“The ministry should ensure that the wholesale price of mutton stocks remain the same across Bahrain. They cannot sell mutton to us at a higher price while lowering the prices for supermarkets and other meat shops. “Earlier, they were supplying mutton to us at BD 2.2 per kilogram; now they are asking BD 2.6 to BD 2.7, which is a fraudulent act. They are doing this after creating an artificial supply shortage.
“If we buy stocks for BD2.6 or BD2.7, we will be forced to sell them for at least BD2.9 or BD3. Now the customers are totally unhappy and they are warning us of filing complaints with the authorities after buying the thought that we are the culprits behind the price rise.”

The traders say they are innocent as the alleged malpractice is being committed by the wholesale traders who control Bahrain’s mutton market. “Owing to existing annual contracts, supermarkets and meat shops outside the Central Market are buying mutton from these wholesale traders for cheaper prices while we are being exploited to the fullest possible extent by asking to pay higher prices.”
They also alleged that Kenyan mutton is being smuggled to Bahraini farms. “Both Bahraini mutton and Kenyan mutton taste similar. The fraudsters at some local farms mix Kenyan mutton along with the Bahraini meat and cheat the customers by selling at higher prices.”

Earlier in April, The Daily Tribune reported about ending a row between mutton merchants and wholesale traders after a new supplier agreed to deliver mutton for BD2.5 per kilogram.
The row had seriously intensified then with the traders returning fresh mutton deliveries to wholesale traders in an act of protest.

According to mutton merchants, the new supplier could not continue in the business after being frequently threatened by the previous wholesale traders, “who would reaffirm their dominance in the market again”. “We request the ministry to conduct a thorough probe into the fraudulent acts of these wholesale mutton traders. They are cheating us as well as the customers and this should end.”