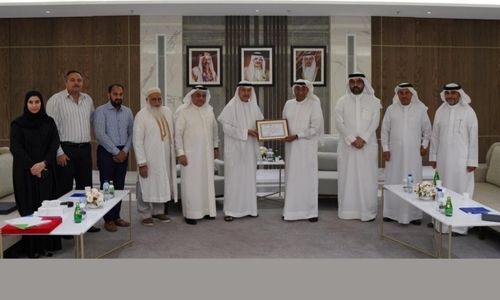 The long-standing history of Bahrain in religious freedom, coexistence, and tolerance has been hailed during a meeting held at the Bahrain Chamber between its Chairman Sameer Nass and the board of directors of Bahrain Society for Tolerance and Religious Coexistence (Taayosh) spearheaded by Yousif Bu Zaboon.

The meeting underlined the role of tolerance and co-existence in achieving stability, sustainable development, and prosperity, and hailed the efforts of the Society in mirroring the true image of Bahrain as a land of peace. It also endorsed joining efforts between the Bahrain Chamber and the Society to meet the mutual goals that serve the country and its people.