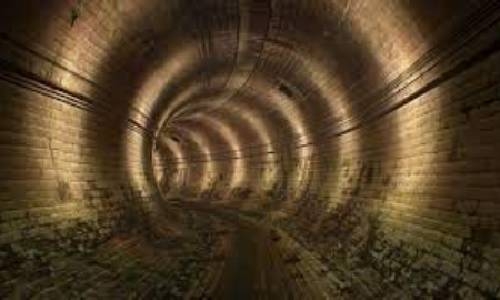 Many seems to be unaware of the extensive sewer system running beneath the streets of Bahrain. If you are one among them, know that these systems are instrumental in clearing our sewage and keeping our lives smooth.

However, modern society seems to ignore this and is flushing the drains with fats, grease, oil and other things. The result - all of them congeal together to form, what experts call, a fatberg.

What do they do?

They block drains, break pipes, and cause localised flooding. Went it happens, lives go awry. Authorities here say they are fighting this menace here in the Kingdom too. They have also pinpointed the troublemakers.

Works Ministry says cafeterias, restaurants and kitchen units are greatly responsible for feeding the fatbergs choking the sewers in the Kingdom. This issue vexes public works officials and costs tax-payers thousands of dinars.

Eateries in the Kingdom, a Works Ministry report says, are contributing to the clogging by failing to instal grease traps and other control measures. “This means that fat, oil and grease from such places are finding their way directly into the network’s pipes and drains, destroying it.”

“During the first half of the year, the ministry detected and took legal actions against 70 such violators,” the report said. Judicial control officers at the Ministry of Justice, Islamic Affairs and Endowments detected the violations.

Of the 70 violations recorded, 60 were for feeding the network with prohibited materials, six for unlicenced connections, three for working without a permit and one for unauthorised discharge. The judicial control officers served notices to all violators after inspecting the site. Officers also met the people responsible for the action and asked them to correct them within a prescribed time.

In this regard, the Works Ministry stressed the importance of awareness campaigns on the proper use of control mechanisms and their significant impact on the efficiency and effectiveness of wastewater transportation and treatment process.

The works ministry said it had involved the Ministry of Trade and Industry in issuing and renewing commercial registrations to ensure compliance, especially where fat traps are a must.

What does the law say?

Law No. 33 of 2006 aims at regulating sewage disposal and surface water drainage to protect the environment against pollution.

Article 7 deals with precautions to be taken by the licensee to prevent damages to the environment and public health. The law also states that it is illegal to link drainages to public sewage facilities without obtaining a licence and throw, dispose or allow discharge of materials that could damage the network.