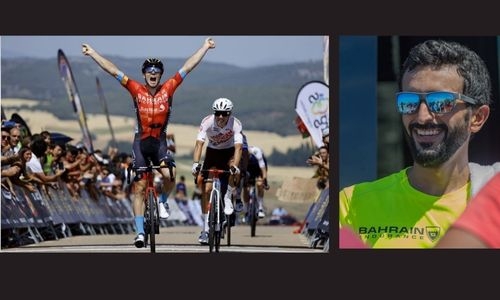 Team Bahrain Victorious rider Matevz Govekar has won the 169-kilometre fourth stage of the Ciudad Romana de Clunia, being held in Spain. His Highness Shaikh Nasser bin Hamad Al Khalifa, representative of His Majesty the King for Humanitarian Works and Youth Affairs praised the team’s positive performance. His Highness stressed the team's victory is an extension of the good results achieved by the team in European forums, days after the team won the first stage of the Spanish Burgos Tour.

“The team is moving at a steady pace towards continuing to achieve the goals and the distinctive promotion of Bahrain in external forums, which embodies keenness to contribute to achieving the 2030 Bahrain Economic Vision”, he said.