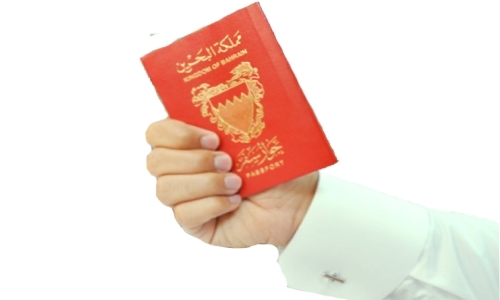 Bahrain has been ranked 4th amongst the members of the Arab league and 66th globally on the latest Henley Passport Index 2022, which ranks the passports of 199 world nations by counting the destinations their holders can enter without a pre-approved visa.

Bahraini passport holders get access to 86 nations around the globe, says the index, which also includes 227 travel destinations. In 2021, Henley’s ranking says Bahrain was at 69th spot with access to 84 destinations. Holders of UAE passports enjoy top ranking in the Arab world, gaining visa-free access to 176 destinations. 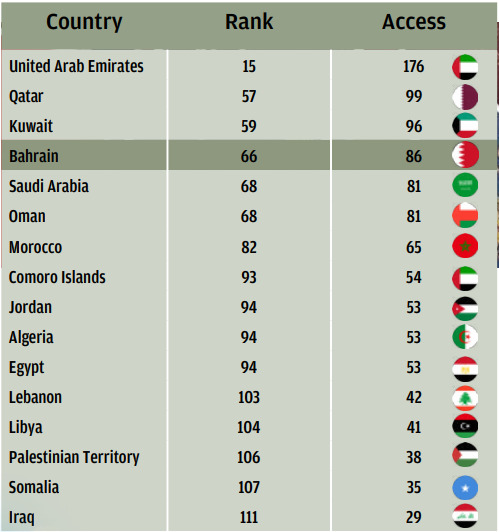 Accordingly, Japan, Singapore, and South Korea have the strongest passports, where their citizens have access to most countries around the globe. Japanese enjoy access to 193 destinations, Singapore 192 and South Korea 192 nations. India remains ranked at the 87th spot. Passport holders of Afghanistan are at the lowest end of the spectrum, where they get access only to 27 nations.

India, along with Mauritius and Tajikistan, has been ranked 87th. China ties with Bolivia for the 69th spot and gets access to 80 destinations. Bangladeshis occupy the 104th position - five ranks higher than Pakistan - having access to 41 countries. Passports of the Russian Federation is at 50th position, where their holders get access to 119 destinations. In 2021, Russia was in the 52nd spot, with access to 118 destinations.

The United States and United Kingdom tie at 7th spot along with Norway, Malta, Greece and Czech Republic on the ranking, where their passports are granted access to 185 destinations without a prior visa. Updated quarterly, the Henley Passport Index is considered the standard reference tool for global citizens and sovereign states when assessing where a passport ranks on the Global mobility spectrum.

The Henley Passport Index uses 17 years of data and helps the government, as well as the global authorities, assess the value of citizenships of different countries. The index also ranks countries on the basis of which passports offer the most prolific visa-free or visa-on-arrival access.