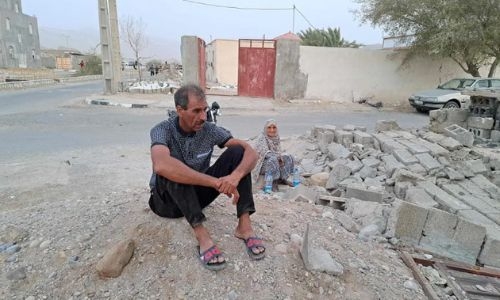 Reports said people in the UAE, Qatar, Bahrain, Oman and Saudi Arabia also felt the tremors. The National Centre of Meteorology said residents in the UAE reported experiencing tremors. Some 24 tremors, two with a magnitude of 6.3 and 6.1, followed the 2 am local time quake that flattened the village of Sayeh Khosh near Iran’s Gulf coast in Hormozgan province.

The tremor occurred in an area 100 kilometers southwest of the port of Bandar Abbas, according to the United States Seismological Institute.