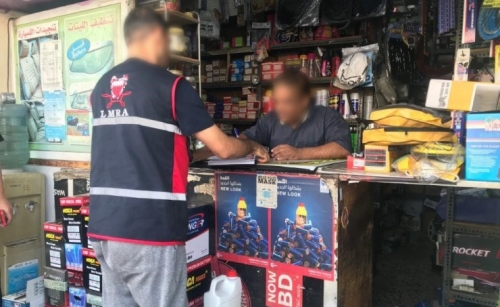 The Labour Market Regulatory Authority (LMRA) conducted an inspection campaign which targeted a number of work sites in the Governorate of Muharraq.

The clampdown was coordinated with the Nationality, Passports and Residence Affairs of the Ministry of Interior and Muharraq Governorate.

The campaign resulted in raising several offences related to violations of LMRA-Law and Immigration authority, and necessary legal measures were taken.

The campaigns reflect the ongoing efforts exerted by LMRA, MOI and other government bodies for the betterment of the work environment.

The drive also aimed to address LMRA close monitoring in practices that affect the competitiveness, flexibility and justice of the labour market, not to mention their negative impact on social security.

LMRA stressed the pivotal role of society in supporting the government’s efforts in preserving the economic, social, security and health stability.

Additionally, the public has been urged to report any labour market violations and irregular migrant workers.