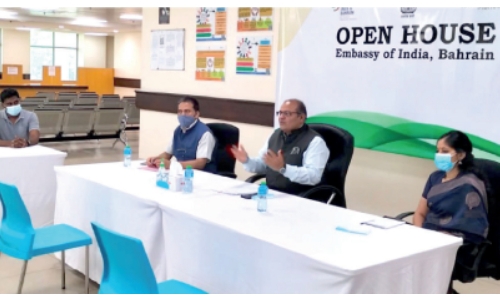 The Indian Embassy in Bahrain on Thursday held its second successive in-person open house, resolving several consular and labour cases “Another very productive Open House. Many issues faced by our labourers/ workers were resolved, while others made forward movement.

During the event, Srivastava informed Indian Community members about Passport Seva Divas – 2022, celebrated every year on the 24th of June.

Ambassador also read excerpts of External Affairs Minister Dr S Jaishankar’s message, which had his emphasis on the word ‘Seva’.

Word ‘Seva’, as in the ‘Passport Seva Programme’, Ambassador said, summarises “what we are doing today and where we intend to go further tomorrow”. 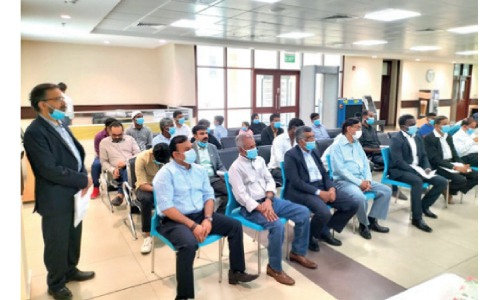 Ambassador further briefed them on the successful repatriation of several female domestic workers after providing them food and shelter through ICWF. 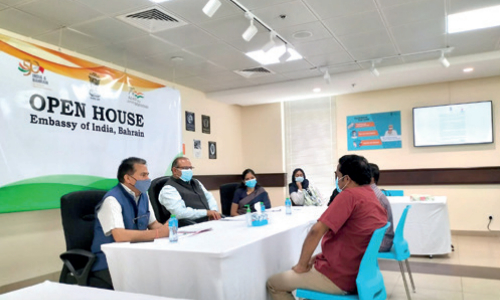 The Ambassador highlighted the case of two fishermen from Tamil Nadu who were stuck in Bahrain and repatriated to their hometown.

The embassy also resolved the long-pending case of Mohammed Murslin.

He was in hospital following a stroke and now is back in India. Ambassador thanked the community members for their overwhelming participation in International day of Yoga 2022 and for making celebrations of IDY 2022 a grand success.