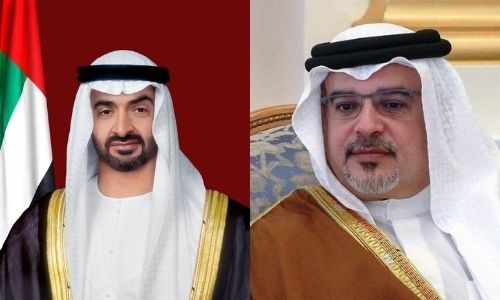 His Royal Highness congratulated HH the President for the trust bestowed upon him by the members of the UAE's Federal Supreme Council. His Royal Highness wished the HH Sheikh Mohamed bin Zayed success in carrying out his duties, including furthering the UAE's development, and in achieving the aspirations of UAE citizens.

His Royal Highness affirmed that the long-standing Bahraini-UAE relations are based on solid ties between the two countries’ leaderships and peoples, stressing the kingdom’s commitment to continue enhancing bilateral relations at all levels.